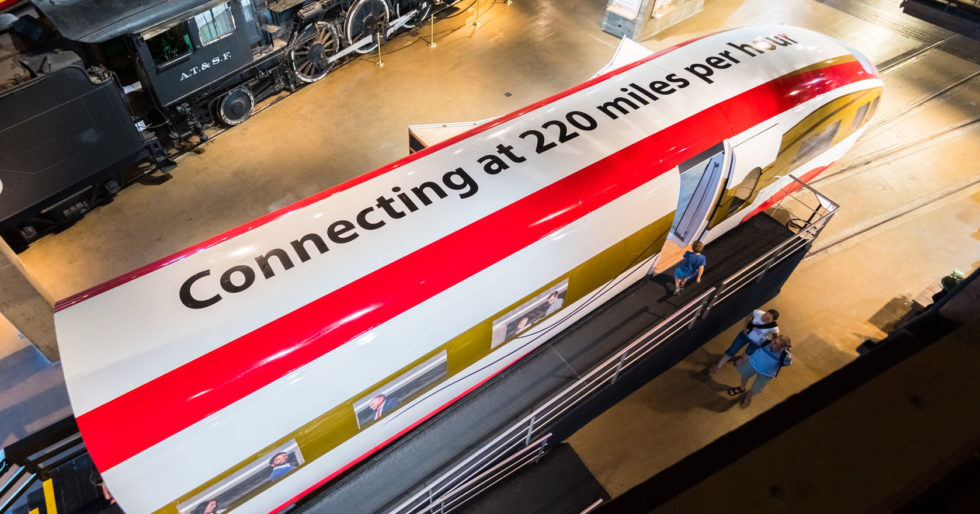 Shortly after announcing the massively expensive transportation infrastructure project would never connect the cities of Los Angeles and San Francisco as originally promised, Governor Gavin Newsom quickly backtracked in an effort to keep $3.5 billion of federal transportation dollars flowing into the state, promising to connect the state’s impoverished rural Central Valley to the prosperous edge of Silicon Valley with high-speed rail.

But it is how Governor Newsom and the state’s central planners will try to keep the federal funding spigot open that demonstrates how brain dead and wasteful the boondoggle has truly become. The Los Angeles Daily News editorializes:

The California High Speed Rail Authority has a new plan to complete the necessary construction for 119 miles of track in the Central Valley by 2022, as required by federal grant agreements. They’re going to build the track in non-continuous 5-mile segments.

Just when you thought nothing could be more ridiculous than the plan to run the bullet train between San Jose and an orchard near Wasco, the rail authority announces a plan to build segments of track that don’t connect to each other.

We’ll have to wait for the draft 2020 business plan, due in February, to see if the ridership estimates are reduced by the number of passengers who have to get out of the train and push….

Perhaps the plan to build 119 miles of non-continuous track segments will persuade a judge that California is entitled to keep the $3.5 billion. But that won’t be a win for taxpayers, or for the rail authority in the long run. It will be a boondoggle that’s visible from space.

California’s voters aren’t ever going to get anywhere near that promised 220 miles per hour, are they? On the bright side, perhaps the miles of dilapidated ruins that will be left behind from all the broken track segments the state’s politicians and bureaucrats are now planning to build to realize their fatally flawed vision of high-speed rail will someday become a money-making tourist attraction.