50 Years Ago Today: The Detroit Riot and the Decline of Civil Rights Liberalism (II) 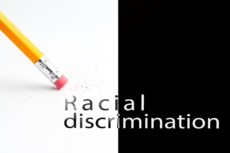 (Continued from Part I)

Throughout American history, government at all levels has used race to categorize, enslave, segregate, and regulate human behavior, and limit immigration with “nationality” quotas that served as substitutes for race. Categorizing by race was essential to racist agendas.

In response, classical liberal civil rights activists struggled to eliminate government-mandated racial categories. They were anything but naive: racism was real, categories or no categories, but the government stamp of approval made things worse–and caused constant mischief in the ever increasing addition of group categories in the census or in immigration statutes. The only feasible solution was the most radical one: the complete elimination of government racial categories. Individuals might discriminate but would no longer have the support of the State. With time, classical liberals felt, the irrationality of racism and xenophobia would give way to better human relations.

Examples of the commitment to colorblind law abound in my edited volume Race and Liberty in America: The Essential Reader (University Press of Kentucky, with The Independent Institute, 2009). (See also Andrew Kull The Color-Blind Constitution (Harvard University Press, 1998) .

From Race and Liberty in America:

James Forten (1813): writing in opposition to a law that would require free blacks only to register with the government or be subject to possible enslavement:

“We hold this truth to be self-evident, that God created all men equal, and [it]
is one of the most prominent features in the Declaration of Independence, and
in that glorious fabrick of collected wisdom, our noble Constitution. This idea
embraces the Indian and the European, the Savage and the Saint, the Peruvian
and the Laplander, the white Man and the African, and whatever measures are
adopted subversive of this inestimable privilege, are in direct violation of the letter
and spirit of our Constitution. . . .”

“The foundation-stone in our political edifice is the declaration that all men are
equal; that they are endowed by their Creator with inalienable rights; that among
these are life, liberty, and the pursuit of happiness; that to obtain these, governments
are instituted among men, deriving their just powers from the consent of
the governed. We profess to believe that God has given to all men the same rights,
without regard to race or color. . . .”


Frederick Douglass (1884): his marriage to a white woman caused controversy among some blacks. In later years, states would pass laws prohibiting marriage between a black and white man or woman. Those laws were not struck down until 1967 (that decision discussed below as the culmination of the classical liberal movement to remove racial categories from government documents, including marriage certificates):

“All this excitement, then, is caused by my marriage with a woman a few shades lighter than myself. If I had married a black woman there would have been nothing said about it. Yet the disparity in our complexions would have been the same. I am not an African, as may be seen from my features and hair, and it is equally easy to discern that I am not a Caucasian. There are many colored ladies of my acquaintance who are as good as I, and who are a great deal better educated, yet, in affairs of this nature, who is to decide the why and the wherefore. . . .”

“I conceive,” said he in conclusion, “that there is no division of races. God Almighty made but one race. I adopt the theory that in time the varieties of races will be blended into one. Let us look back when the black and the white people were distinct in this country. In two hundred and fifty years there has grown up a million of intermediate. And this will continue. You may say that Frederick Douglass considers himself a member of the one race which exists. ”

“Our Constitution is color-blind, and neither knows nor tolerates classes among citizens.”

Louis Marshall (1922, 1924): the great champion of liberal immigration and opponent of the 1920s laws that imposed racial/ethnic quotas limiting the number of “inferior races” coming from Southern and Eastern Europe:

“When one becomes a citizen of the United States he is an American citizen in every sense of the word. Whatever his nationality or origin may have been, it is forgotten. Wherever his cradle may have been rocked is unimportant. He brings to this country such gifts as he possesses. All of them combined have created that remarkable being, the finest the world has ever known, the composite American. I, therefore, feel a sadness in my heart whenever I hear men say: “This man is an Irishman;” “This man is a Scotchman;” “The Dutch have these qualifications;” “The Greeks have those;” “He is a Dago;” “He is this, that, or the other thing.” The sooner we stop it the better it will be for the unity of the Nation, and for the welfare of the world.”

This landmark legislation prohibited discrimination based on race, color, creed, national origin and sex. There was no listing of group categories to be protected. Nondiscrimination meant no discriminating regardless of race. Period. As John David Skrentny notes, “the acceptance of the color-blind principle of equal employment opportunity was at an all-time high in 1964.” (Quoted in Bean, Big Government and Affirmative Action: The Scandalous History of the Small Business Adminisration, p. 41).

NAACP: As late as the 1960s, the NAACP steadfastly opposed all racial categories and check boxes on government forms:

“Color designations on birth certificates, marriage licenses and the like can serve no useful purpose whatsoever. If we are prepared to accept the basic postulate of our society—that race or color is an irrelevance—then contentions that race and color statistics are of social science value become sheer sophistical rationalization.”

1965: When the EEOC advocated racial reporting on government forms, Clarence Mitchell of the NAACP stated that “the minute you put race on a civil service form . . . you have opened the door to discrimination.” The use of racial categories would “put us back fifty years.”

1967: In its Loving brief, the NAACP argued that the Supreme Court ought to strike down Virginia’s ban on interracial marriage (and its requirement that couples have “certificates of racial composition”). The NAACP declared:

“Classification by race based upon non-existent racial traits does not serve any valid legislative purpose but merely continues a classification of Americans as superior and inferior in contradiction to the American concept of equality.”

Supreme Court (1967): In the Loving decision, the Supreme Court ruled that laws prohibiting white-black marriages (and also requiring the abovementioned certificates of race) were unconstitutional:

“We have consistently denied the constitutionality of measures which restrict the rights of citizens on account of race. There can be no doubt that restricting the freedom to marry solely because of racial classifications violates the central meaning of the Equal Protection Clause.”

This theme of colorblind law permeated the classical liberal tradition and culminated in the passage of the Civil Rights Act of 1964 and Supreme Court decisions such as Loving  (1967), the last decision based clearly on natural rights liberalism (the natural right to marry meant to be free of government prohibitions on interracial matrimony, which existed in 16 states in 1967).

As late as 1967, the principle of colorblind law seemed vindicated by the Civil Rights Act and multiple court decisions.

Then, the riots occurred. Without any groundswell of popular demand, colorblind law gave way to a renewed Orwellian obsession with racial categories, initially as an attempt to “buy peace” in the smoldering cities.