50 Years Ago Today: The Detroit Riot and the Decline of Civil Rights Liberalism (III) 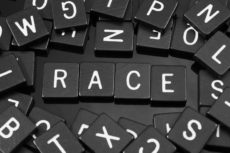 After the Watts riot of 1965, bureaucrats in the administrative state (e.g., EEOC, Small Business Administration) created racial preferences in employment and lending programs based on their own administrative authority, not any explicit authorization from the Congress. Indeed, the Democratic majority (and the Republican minority) were adamantly opposed to racial discrimination against or for any “group.” For this reason, agencies like the SBA could not ask applicants their race; instead, the bureaucrats relied on visual profiling. This greatly hampered efforts to discriminate in favor of African Americans (which is what those bureaucrats wanted to do). In retrospect, the early effort to subvert the color-blind principle in the Civil Rights Act is amusing. In 1968, an agency historian for the SBA wrote internally:

“identification of minorities was a serious problem. Practices of the day were opposed to directly involving a minority member in any formal identification procedure, since such procedures in the past had been used by others as a tool of discrimination.” The SBA staffer-historian explained that the agency devised “a method of visual observation. . . . [SBA interviewers] made note of their ethnic background and later recorded the information. As a result, a precise [!] evaluation of the effectiveness of economic opportunity was made possible. . . . This system of identification is unique in government, and is still in use at SBA” (as of 1968). (Source: Bean, Big Government and Affirmative Action, pp. 43-44).

The Detroit riot, along with the last wave of riots in 1968, lifted the taboo on discussion of racial preferences. Robert Higgs notes that crisis and ideology often lead to government growth. Such was the case in the government’s “emergency” response to the riots and its embrace of a riot ideology that explained the violence and looting as a form of political protest (an interpretation, while influential, at odds with the facts. See “‘Burn, Baby, Burn’: Small Business in the Urban Riots of the 1960s”). As I wrote in Big Government and Affirmative Action (2001):

“Advocates of affirmative action considered it ‘the price society had to pay to prevent further violence.’ Politicians of all stripes advanced race-conscious policies to address the causes of the riots. The ‘elite wisdom’ of the time was fast moving away from the color-blind consensus of the early 1960s toward racial redistribution of jobs and government benefits. Though many Americans disagreed with this ‘soft’ response–half of those surveyed thought that shooting looters was ‘the best way’ to deal with riots–policymakers were intent on formulating a more benevolent response to the violence in the cities.” (Bean, Big Government and Affirmative Action, p. 60).

The riots and this “benevolent response” was evident in the 1968 election as both Democratic candidate Hubert Humphrey and, even more stridently, Republican candidate Richard Nixon, promised blacks a “piece of the pie” to sooth urban discontent. President Nixon quickly abandoned colorblindness with initiatives such as “black capitalism” (government contracts set aside for blacks and other minorities) and affirmative action in employment. In 1977, Congress joined the movement by passing a public works act that required 10% of all contract dollars to be set aside for businesses owned by “Negroes, Spanish-speaking [sic], Orientals, Indians, Eskimos, and Aleuts.” This was the first congressional act since 1854 setting aside benefits for individuals (or businesses) belonging to specific races (although racial discrimination in favor of whites was achieved through other means; something the civil rights movement fought against).

By the 1970s, Nathan Glazer noted how the broad bipartisan support for colorblind law (1964-1968) had collapsed and been replaced by “affirmative discrimination” based on new racial categories created for that purpose:

“Thus the nation is by government action increasingly divided formally into racial and ethnic categories with differential rights. The Orwellian nightmare “ . . . all animals are equal, but some animals are more equal than others . . .” comes closer. Individuals find subtle pressures to make use of their group affiliation not necessarily because of any desire to be associated with a group but because groups become the basis for rights, and those who want to claim certain rights must do so as a member of an affected or protected class. New lines of conflict are created, by government action. New resentments are created; new turfs are to be protected; new angers arise. . . .” (Glazer, Affirmative Discrimination: Ethnic Inequality and Public Policy [1975], p. 75)

In less than a decade the achievements of the classical liberal civil rights movement were overturned. Forty years later, Congress and Presidents have shown no interest in “taking away” benefits or preferences. Once given, the effort to repeal obnoxious measures (as we have seen with ObamaCare) results in charges that those “taking away” are “mean” or, worse yet, “racist.” So, preferential policies remain, even as the government’s categories change (Spanish-speaking Americans gave way to Hispanics or Latinos, for example). Rather than simply strive to achieve based on merit, groups have an incentive to be categorized as nonwhite. The latest effort to create a category and grant “differential rights” is the move by Arab Americans for a Census Category of “Middle Eastern North African” (MENA)–covering all Americans whose families originated in the region from Morocco to Afghanistan–a polyglot group of Arabs, Israeli Jews, Iranians, and others.

For those who believe in the principle of nondiscrimination, what can be done to get us back to the clear colorblind rule of law exemplified by the Civil Rights Act of 1964 and court decisions that rejected the governmental use of race to discriminate?

Ward Connerly succeeded in his movement to amend state constitutions so that state governments could not discriminate on the basis of race. In essence, these amendments used the language of the Civil Rights Act of 1964 and wrote it into state constitutions. This has produced some successes. For example, the rigid racial quota system of the University of California system is gone. Yet advocates of affirmative discrimination are relentless (witness the “massive resistance” to change in Texas college admissions, abetted by a spineless Supreme Court). Besides, if the original Civil Rights Act failed, in the wake of the riots and subsequent status quo, will these new measures last? Perhaps, perhaps not.

It is instructive, however, that efforts to promote discrimination were severely hampered by the absence of racial categories on government forms (1964-1968). Connerly believed that his amendment to prohibit racial categories in California was the ultimate solution but entrenched interests demagogued the issue and, apparently, many Americans (at least in California) accept check boxes as the new norm or “no big deal.” Never mind that those Americans have no choice in how they identify–it is all up to government fiat. Hispanics, for example, may no longer be able to identify as “White” (it bothers those promoting the notion of a “majority nonwhite America” that most members of the largest ethnic group still identify as “White.” The solution – deny them that right and force them to be the Hispanic “race”).

The future of nondiscrimination looks bleak. Yet, if there is to be an end to government-sponsored discrimination, the racial categories and check boxes must go. Perhaps it will take another crisis to overturn the current racial regime. During World War II, the government could identify Japanese Americans and intern them. We now look at that chapter in history as a tragic one. What if the new Middle Eastern North African (MENA) category leads to internment of Muslim or Middle Eastern Americans? Would that be enough to alert Americans to the dangers of government racial identification? “It can’t happen here” is not an answer. It has happened here!

The real change has to come with elites–the ones who imposed racial categories and preferences on a populace that opposed them. (Remember, even African American civil rights activists were opposed until finally “bought off” by the racial pork barrel of affirmative action). With higher education hell bent on identity politics, there is little prospect of elite change.

Nevertheless, at the very least, classical liberals ought to remind Americans–again and again–that the history of civil rights was one of vigorous pursuit of colorblind law. That is the true exemplification of “justice for all.”