50 Years Ago Today: The Detroit Riot and the Decline of Civil Rights Liberalism (I) 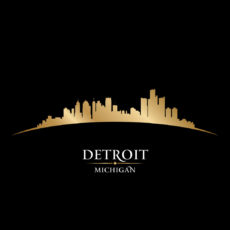 Fifty years ago today (July 23, 1967), the largest urban riot of the 1960s rocked Detroit for five days (July 23-28). An encounter with the police (shutting down an illegal after-hours bar), sparked looting and arson on a scale far surpassing the riots that had burned in other American cities. While such riots often started with incidents involving law enforcement, the police were ordered—again and again—to stand down and let a small minority of African Americans loot property of small business owners (both black and white).

The Detroit Riot marked a turning point in how American policymakers dealt with race. The classical liberal tradition of civil rights, with its emphasis on rule of law and equal protection (regardless of race) gave way to policies that purposely treated minorities as “protected categories” deserving of treatment not accorded other citizens. This was a crisis response to the riots and also the consequence of a “riot ideology” that condoned lawless mobs—as long as they were black. In short, the things that civil rights activists had long fought against—racial categories in the law, preferential racism (formerly for whites, now for blacks and others), and lawless mobs—were embraced as the means to achieve “social justice.” Ever since, classical liberals have struggled to get us back to the colorblind law and individualism that were at the core of the long civil rights movement. The story of that long civil rights movement is told in my Race and Liberty in America: The Essential Reader (University Press of Kentucky for the Independent Institute, 2009). I deal with Detroit (and other) riots in the article “‘Burn, Baby, Burn’: Small Business in the Urban Riots of the 1960s”, which is a good starting point to understand the competing interpretations of the riots.