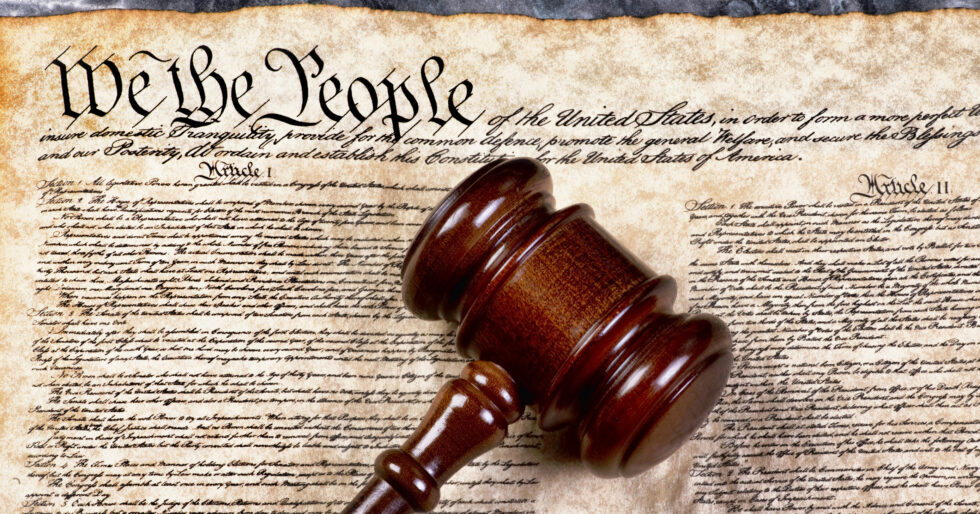 As I mentioned in recent commentary for The American Spectator, the states (not the federal government) are charged under our system of government with dealing with the coronavirus. They possess the “police power” and may make laws for the health, welfare, and safety of the people. Chief Justice John Marshall recognized this exclusivity in an 1824 court case, Gibbons v. Ogden, in which he wrote that “Inspection laws, quarantine laws, health laws of every description” belong to the reserved powers of the states. Such powers are, of course, subject to state constitutional provisions as well as portions of the Bill of Rights incorporated against the states.

While even the most libertarian of us don’t like the stay-at-home orders and other dictates of the COVID-19 responses, most folks have held their tongues and tried to give public officials the benefit of the doubt as they deal with difficult issues.

Easter brought increased scrutiny of government orders. This is a good thing. Christians, and other citizens, are seeing just how easily government can abuse its emergency powers and play favorites among persons, businesses, and groups.

A good example comes out of Kentucky, where Louisville mayor Greg Fischer banned all religious services, even if congregants remained in their cars. He insisted that drive-up worship services are not “practical or safe.” He has, however, has allowed drive-through restaurants and liquor stores to stay open.

On Fire Christian Church took Mayor Fischer to federal court and received a temporary restraining order prohibiting “Louisville from enforcing; attempting to enforce; threatening to enforce; or otherwise requiring compliance with any prohibition on drive-in church services at On Fire.”

The Order opened with this:

On Holy Thursday, an American mayor criminalized the communal celebration of Easter.

That sentence is one that this Court never expected to see outside the pages of a dystopian novel, or perhaps the pages of The Onion. But two days ago, citing the need for social distancing during the current pandemic, Louisville’s Mayor Greg Fischer ordered Christians not to attend Sunday services, even if they remained in their cars to worship – and even though it’s Easter.

The Mayor’s decision is stunning.

And it is, “beyond all reason,” unconstitutional.

Here, Louisville has targeted religious worship by prohibiting drive-in church services, while not prohibiting a multitude of other non-religious drive-ins and drive-throughs– including, for example, drive-through liquor stores. Moreover, Louisville has not prohibited parking in parking lots more broadly – including, again, the parking lots of liquor stores. When Louisville prohibits religious activity while permitting non-religious activities, its choice “must undergo the most rigorous of scrutiny.” That scrutiny requires Louisville to prove its interest is “compelling” and its regulation is “narrowly tailored to advance that interest.”

Clearly, if Louisville allowed other drive-through businesses and the use of public parking lots, its regulation targeting Easter services at On Fire Christian Church was not narrowly tailored to the compelling state interest of protecting public health. Accordingly, the temporary restraining order was properly issued.

This decision is a good sign. First, it shows that while the citizenry has generally respected the need for government to take aggressive actions to combat COVID-19, Americans aren’t giving the state a free pass because of the pandemic. We’ll put up with a lot to keep ourselves and our neighbors safe, but government cannot take our obedience for granted. When fundamental rights are involved, the people will push back. Second, it reminds us that legal channels are open to hold our officials accountable.