California Should Retire the Secure Choice Program Before It Begins 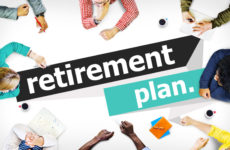 Properly planning, and saving for, one’s retirement is certainly a worthy goal, but, like many other things, it can become corrupted by heavy-handed government meddling. Last year, the Legislature, and Gov. Jerry Brown, enacted Senate Bill 1234, which establishes the California Secure Choice Retirement Savings Program, a mandatory automatic retirement savings program administered by the state for private-sector workers who work for an employer with five or more employees that does not offer its own retirement plan. The California Chamber of Commerce, which dropped its opposition to the bill and remained neutral after provisions explicitly shielding employers from liability were incorporated, recently urged business to participate in workshops regarding proposed regulations for the program.

Initially, 3 percent to 5 percent of an affected employee’s pay would be automatically dedicated to an individual retirement account, though savings rates could be raised up to 8 percent in the future. Investment options will be determined by the California Secure Choice Retirement Savings Investment Board. Employees may set their own contribution rates or opt out of the program altogether. Employers that do not either offer their employees a retirement plan or make the automatically enroll eligible employees would be subject to fines. The program is expected to apply to between 6 million and 7 million California workers.

Will It Ever Happen?

Implementation of the program is still quite a ways off. The State Treasurer’s Office estimates that the requirements will go into effect in late 2019 for employers with 100 or more employees, and phased in over a three-year period for smaller employers.

There is a significant question whether the program is even legal, however. It is widely believed that such programs in California, and several other states, were only made possible after the Labor Department, under the Obama administration, offered states an exemption from the Employee Retirement Income Security Act of 1974, which established requirements for private-sector retirement plans. This ensured that private employers would not be subject to regulatory compliance and liability issues.

But in May Congress and President Donald Trump revoked this exemption through the Congressional Review Act, which allows a new Congress to roll back regulations imposed during the waning days of the previous administration. State Senate Leader Kevin de Leon, who authored SB 1234, and Treasurer John Chiang then held a press conference vowing to continue to implement the program, however.

Proponents of Secure Choice claim that, even without the Labor Department’s exemption, the program is exempt anyway under a safe harbor provision of a 1975 law covering IRAs. But, as the CalChamber pointed out earlier this year, even the Obama Labor Department noted in its regulation that “arrangements that allow employers to automatically enroll employees – as do all existing state payroll deduction savings programs – do not satisfy the condition in the safe harbor that the employees’ participation be ‘completely voluntary,’ even if the employees are permitted to ‘opt out’ of the program. Consequently, such programs would fall outside the 1975 safe harbor and could be subject to ERISA.”

It seems that, as with many issues here in California, the courts will have to ultimately determine the program’s fate.

How Secure Is “Secure”?

Another major question is: What happens if investments in the program do not turn out well? Secure Choice was designed to be self-sustaining (not counting $134 million in total implementation costs), but in the event of another severe recession like we just experienced a decade ago, or poor long-term performance, the Legislature could face significant pressure to pass a bailout.

Proponents insist that this would not happen. Of course, we have heard such promises before. In 1999, the California Public Employees’ Retirement System sponsored Senate Bill 400, which retroactively increased state employees’ pension benefits by as much as 50 percent. Soon afterward, local governments were allowed – and even encouraged (see page 9 of this study) – to do likewise.

CalPERS claimed that the additional benefits would be paid for by the “excess” investment returns the fund had achieved during the height of the “dot-com” bubble, and that it would not cost taxpayers anything at all.

“This is a special opportunity to restore equity among CalPERS members without it costing a dime of additional taxpayer money,” CalPERS’s then-president William Crist crowed in a brochure distributed to legislators.

The result, as we now know, was quite different. As pension fund returns plummeted during the ensuing recession (and the one after that), required contributions from the state and local governments (i.e., from taxpayers) skyrocketed, prompting tax increases, reductions in government services, and even some municipal bankruptcies for cities like Vallejo, Stockton, and San Bernardino. Even today, after nearly a decade of economic expansion since the last recession, CalPERS and the state’s other major pension fund, the California State Teachers’ Retirement System, remain only about two-thirds funded, with hundreds of billions of dollars in unfunded liabilities, which does not bode well for when the next recession inevitably hits.

State Sen. John Moorlach (R-Costa Mesa), who rose to political fame by accurately predicting Orange County’s bankruptcy in 1994, offered another warning on the Secure Choice program. “As a trained Certified Public Accountant and Certified Financial Planner, I believe that encouraging people to save for their future is critical. But having a state bureaucracy intervene by requiring certain employers to withdraw funds from employee wages is not a core mission of government,” Moorlach said after Gov. Jerry Brown signed SB 1234 last year. “Additionally, there are no safeguards prohibiting SB 1234 from drifting from its intended purpose in the future.”

“You can anticipate that this ‘secure’ investment has the potential to morph into a massive boondoggle and may become more expensive in meeting investor expectations during the inevitable next economic downturn,” he added.

Moorlach offered his Democratic colleagues the opportunity to put our money where their mouths are by enacting State Constitutional Amendment 1, his proposal to enshrine the promises not to expose taxpayers to any future bailouts or other liabilities for the program. This would have provided additional taxpayer protection, since it would take a two-thirds supermajority in both legislative chambers to override it, rather than the simple majority that could remove any protections under the current law. Unfortunately, Moorlach’s proposal died in committee on a party-line vote.

The notion of the state government lecturing the private sector on retirement security is downright laughable, particularly given the level of corruption and poor performance of the state’s public pension funds.

In May 2016, former CalPERS chief Fred Buenrostro was sentenced to 4 ½ years in prison for fraud and accepting more than $200,000 in bribes to steer the pension fund’s investments to help Alfred Villalobos, an investment manager and former CalPERS board member, in what Senior U.S. District Judge Charles Breyer called a “spectacular breach of trust for the most venal of purposes, which is self-enrichment.” Villalobos even paid for Buenrostro’s wedding, which took place at Villalobos’s Lake Tahoe mansion, and a round-the-world trip. Villalobos, who faced up to 30 years for his role in the bribery scandal, committed suicide weeks before his trial was scheduled to begin in 2015.

Then there was the case of Sean Harrigan, who served as a CalPERS trustee, including a stint as board president during 2003 and 2004, while he was also executive director of the United Food and Commercial Workers union, solicited hundreds of thousands of dollars in contributions to the union from financial firms while they had deals under consideration by the pension board. In addition, during Harrigan’s tenure as president, and while major grocery chains were locked in a protracted strike and battle with Harrigan’s union, CalPERS launched a campaign to pressure Safeway (owner of Vons and Pavilions – and more recently, Albertsons – stores) to accede to the union’s demands, and used its shareholder clout to lead an ultimately unsuccessful effort to oust the company’s CEO, Steven Burd.

This is hardly the first time the state’s pension funds have favored political activism over fiduciary duty. Politically-motivated investment decisions have been a common feature of CalPERS since at least the 1980s.

CalPERS has frequently used its status as the largest public pension fund in the nation to try to effect social change through divestment policies. Over the years, CalPERS has divested from tobacco companies, companies that did business with apartheid South Africa, coal companies, firearms manufacturers, private prison operators, and companies that might compete with state and local government workers for contracts. Such politicized decision-making has cost the fund about $8 billion over the past three decades, according to an October 2015 report from Wilshire Associates, CalPERS’s main investment consultant.

The activism of the CalPERS board has also prompted it to demonstrate its environmental bona fides by pursuing “green” energy investments, which have oftentimes not turned out well. At the Wall Street Journal’s ECO:nomics conference in 2013, CalPERS’ then-chief investment officer, Joseph Dear, described the fund’s 9.7 percent loss on its “clean tech” portfolio as “a noble way to lose money.” Taxpayers, and retired state and local government workers, might disagree.

CalSTRS has similarly been burned by its activist investment strategy. “I’ve been involved in five divestments for our fund,” CalSTRS Chief Investment Officer Chris Ailman told the CalSTRS board in 2015, as the board was considering its divestment from coal companies. “[On] all five of them we’ve lost money, and all five of them have not brought about social change.”

Given this pathetic track record of the state’s pension funds, the potential for unfair competition and cronyism, kickbacks, and political activism in the selection of the Secure Choice program’s financial advisors, insurance contracts, and investment options remains a serious concern.

A Solution in Search of a Problem

Perhaps even more damning than the bailout, cronyism, and activism concerns, however, is the fact that the program is totally unnecessary. Put simply, there is no problem of access to retirement planning and investment services. Anyone with a phone or an internet connection can contact a brokerage firm or an individual mutual fund and quickly and easily set up an IRA.

The real issue is that not enough people are making the decisions that politicians think they should make. Hence, lawmakers designed the system with an opt-out provision out of a paternalistic desire to coerce people into making decisions they otherwise would not. They know that many people who would not opt into the program will be too lazy to opt out of it, and our political leader betters think that people are too stupid to plan for their own retirement. Let’s face it, this may be true in some cases, but that does not mean that it is the government’s right to make those decisions for the individual. In other cases, it may be that there really is a greater need for that money today than far down the road.

Furthermore, forcing, or “nudging,” people to do what politicians consider to be “the right thing” now will prevent them from running out of money and depending on government services in the future, the thinking goes. But coddling people from the cradle to the grave only increases this dependence, and encourages them to engage in more irresponsible behavior, not less.

Finally, given our legislators’ proclivities to expand government at the expense of the private sector, and consume ever more of the productive sector’s wealth, it is worth asking whether, someday, the opt-out provision will be removed entirely, or the assets of those in the program are merged with CalPERS, effectively using private savings to subsidize the state’s sizeable unfunded pension liabilities.

For all these reasons, the Secure Choice program is an “investment” that is just not worth the risk.