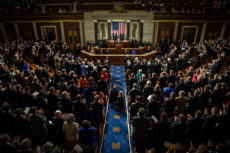 In recent decades economists have devoted great efforts to the analysis of the principal-agent problem (see for example Milgrom and Roberts 1992 and the Wikipedia article on “Principal-agent Problem”). This area of study has to do with the incentives and disincentives of an agent acting on behalf of a principal that he is presumed or contracted to represent. No brief summary can do justice to the great variety of issues and problems considered in this literature, except possibly this: a perfect agent is, for various reasons, pretty much impossible; and in many cases a great gap exists between what the agent does and what the principal wanted him to do but could neither compel nor induce him to do with any feasible agency contract.

Although this literature resides mainly in the subfield of economics known as industrial organization, it has substantial implications for the study of politics. For example, the framers of the U.S. Constitution created an institutional framework for the operation not of a democracy, but of a representative republic. There’s that troublesome word—representative. Now consider this: if a principal in a market setting, say, the owner of a business, cannot create a workable contractual relationship (i.e., one without shirking or other forms of opportunism) with his agent, say, the hired manager of his business, what are the chances that the so-called representatives of citizens in the United States of America—the president, the state governor, the congress member for one’s district, and the state legislature member for one’s district—can in any meaningful sense represent more than a handful of citizens? People have complex and widely differing political preferences. How can a congress person represent hundreds of thousands of persons when a firm’s board of directors cannot reliably control the firm’s president to attain a simple objective such as maximization of the firm’s market valuation? The political task assigned is impossible. The “representative” part of the representative republic cannot be taken seriously by anyone who thinks about the matter more than a minute or two.

Moreover, unlike the market setting, where principals can establish measurable objectives for an agent to accomplish and create legally enforceable, quantitative incentives for the achievement of goals—for example, defined profit sharing or graduated compensation, perhaps in the form of stock options or other links to the agent’s performance—the political setting permits no such linkages. As a rule, the candidates for election to public office make vague promises, hardly any of which are subject to straightforward monitoring or quantitative measurement. In general, it is impossible for principals in the electorate to identify precisely how their office-holding agents have succeeded or failed. And even if a definite failure were to be confirmed, the political agent cannot be held accountable in a fashion comparable to the accountability of an economic agent who can be immediately fired or penalized according to a formula stipulated in his contract. Political agents are supposedly accountable at the next election, in the event that they run for reelection, but—wholly apart from the fundamental problems of monitoring and measurement—once in office they have substantial advantages in rigging electoral factors in their favor (e.g., by gerrymandering electoral districts or by steering government contracts or subsidies to borderline voters) so that the principals (the voters in this case) cannot discipline or dismiss them. For the most part, political agents are not truly accountable to the principals, but only to the major contributors to their reelection campaigns. Accountability is in general much more myth than substance.

If genuine political representation is impossible for large groups, what results? The Iron Law of Oligarchy comes into play. Small groups of people make decisions to suit themselves and a few cronies and key supporters, and they paint their actions with ideological colors to persuade the great mass of people that they are doing something desirable. It’s not simply that the so-called representatives are bad or corrupt, though they may be. It’s that the job they purport to do cannot be done even by the finest, most uncorrupted representatives imaginable. No agent can truly represent a variegated group of principals, especially a large one whose members disagree along many dimensions. Some principals will have their interests seemingly fostered; others will not. The latter will simply be bludgeoned by force of law to submit.