The Business Case for Health Insurance Is Weakening 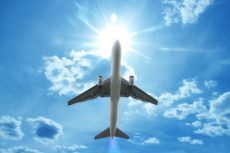 Boeing, the giant aerospace concern, has been cutting out the middle-man for health benefits:

In another sign of growing frustration with rising health costs, aerospace giant Boeing Co. has agreed to contract directly for employee benefits with a major health system in Southern California, bypassing the conventional insurance model.

The move, announced Tuesday, marks the expansion of Boeing’s direct-contracting approach, which it has already implemented in recent years in Seattle, St. Louis and Charleston, S.C.

In other examples, Intel Corp. contracted directly with a major health system in New Mexico, where it has several thousand employees.

Retailers Wal-Mart and Lowe’s took a different approach, striking deals with select hospitals across the country for bundled prices on specific surgeries. The companies steer workers to those hospitals.

I recently discussed evidence that insurers inflate rather than decrease prices for medical goods and services. Large employers appear to be figuring this out, too. Large employers have traditionally signed Administrative Services Only (ASO) contracts with insurers for processing medical claims. However the insurers do not bear actuarial risk. The companies are large enough to bear the risk of catastrophic health costs for some of their employees.

Signing ASO contracts allowed large employers to benefit from health insurers’ networks of providers. However, they are now learning there is not much value in this. A company like Boeing, which has large concentrations of employees in a few places, can disintermediate insurers and negotiate directly with health systems.

This is a little more difficult for companies with workers distributed around the country. One would think Wal-Mart or Lowe’s would find value in contracting with a large health plan to get access to a national network. However, that value proposition appears to be deteriorating, too.

I think this is a great development because these employers have no interest in adding administrative costs to the system, like insurers do. What I hope evolves is a system whereby large employers negotiate for expensive procedures with the best hospital systems, and just let people pay for primary and inexpensive care directly, using their Health Savings Accounts (HSAs), Health Reimbursement Accounts (HRAs), or Flexible Spending Accounts (FSAs).