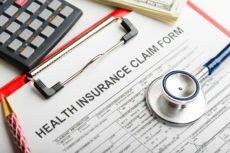 David Lazarus of the Los Angeles Times, whose columns on health policy tilt heavily towards single-payer advocacy, has done a great service to the cause of consumer-driven health care: In a recent piece he describes how much more sense it makes to pay cash prices for health services than to pay what your health insurer “negotiates” supposedly on your behalf.

Five blood tests were performed in March at Torrance Memorial Medical Center. The hospital charged the patient’s insurer, Blue Shield of California, $408. The patient was responsible for paying $269.42.

Tests that were billed to Blue Shield at a rate of about $80 each carried a cash price of closer to $15 apiece.

“This is one of the dirty little secrets of healthcare,” said Gerald Kominski, director of the UCLA Center for Health Policy Research. “If your insurance has a high deductible, you should always ask the cash price.”

Not all medical facilities will be open to sharing their cash prices with an insured person, Kominski said, but many will.

This vignettes shows how harmful health insurance is to our financial well-being. I have written about a lot of cases like this over the years. I, myself, went deeper at a hospital a few years ago, when I was scheduled for an operation. I called and asked for the cash price and received a quote by fax. When I subsequently received a bill after my health insurer had processed the claim, the amount the insurer paid the hospital was more than the cash price quoted to me; yet the hospital wanted still more! I sent that bill back, unpaid, along with the fax, explaining that the hospital had already received more from the insurer than it would have gotten from me if I had paid cash. That was the last I heard of it.

I am trying to figure out why this situation persists. If a new insurer entered the market with a plan that processed no claims below the deductible, but just let its beneficiaries pay cash, their annual out-of-pocket spending would be a fraction of out-of-pocket spending by beneficiaries who have traditional so-called “consumer-driven” plans, wherein insurers process claims and patients get billed prices that appear to be negotiated but are actually inflated.

I have two notions. One is that insurers “negotiate” (inflate) prices with hospitals so that patients pay higher prices below their deductibles and the surplus flows to hospitals’ bottom lines. It allows hospitals to pay lower prices for claims above the deductible, which is more important to insurers’ margins.

The second notion is that this pricing approach discriminates against chronically ill people who will spend above the deductible every year. Insurers want healthy people to enroll and sick people not to enroll. It is hard for an insured patient to get cash payments credited against his deductible. So, a chronically ill patient is easily influenced to allow providers to process claims through the health insurer, rather than pay cash directly. A healthy patient, with few claims during the year, will be less concerned about having his or her spending accounted for by the insurer and more likely to pay cash without even showing an insurance card.