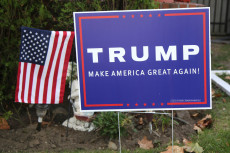 I recently wrote a blog entry on one plank in Donald Trump’s health reform plan: imposing foreign prices on medicines sold in the United States. As Mr. Trump is currently the leading Republican presidential candidate, it behooves us to examine his health plan overall.

Mr. Trump proposes to “allow individuals to fully deduct premiums from their tax returns under the current tax system. Businesses are allowed to take these deductions so why wouldn’t Congress allow individuals the same exemptions?”

This proposal is meaningless. For households, premiums for employer-sponsored health coverage are currently excluded from taxable income. So, unless Mr. Trump is proposing some sort of double dipping, there is no benefit here. Indeed, it might even comprise a tax hike. Excluding employer-based benefits from taxable income also excludes them from Medicare and Social Security payroll taxes. If Mr. Trump wants to add the benefits to taxable income and then allow households to deduct them, they will be subject to payroll taxes.

For individuals who pay their own premiums, this amount is currently deducted as an adjustment to gross income on the first page of Form 1040. That means a person does not even have to itemize deductions on Schedule A to get the tax break.

In other words, Mr. Trump’s proposal to reform the taxation of health benefits is not a reform at all. Effectively, it is the status quo. If Mr. Trump is elected, Americans who want to repeal and replace Obamacare with patient-centered health care will have to wait a long time for the new president to even understand the basics of the current system, much less propose a meaningful reform.