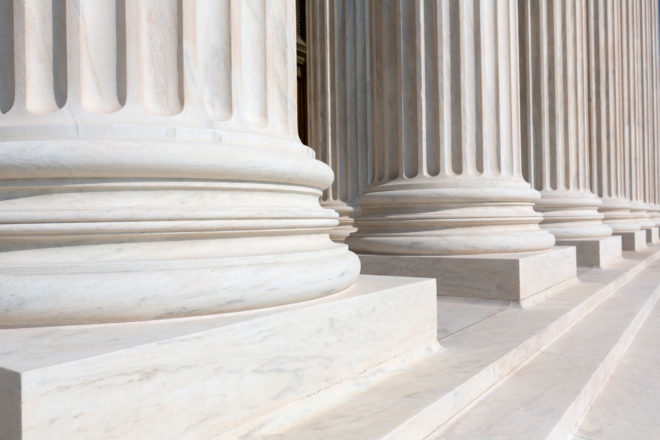 When I introduced the concept of regime uncertainty in 1997, attempting to improve our understanding of the Great Depression’s extraordinary duration, I anticipated that many people—especially my fellow economists—would not welcome this contribution. Their primary objection, I ventured, would be that the concept remained too vague and, most of all, that it had not been reduced to a quantitative index of the sort that modern mainstream economists customarily work with, especially in their empirical macroeconomic analyses.

My argument did not lack evidence, however, and I regarded the agreement of several different forms of evidence as an important element of the argument’s force. The evidence I adduced with regard to changes in the yield spreads for high-grade corporate bonds of differing maturities seemed to me both systematic and especially compelling, though not decisive because alternative explanations of those changes might be offered. (I considered several such explanations and rejected them as unpersuasive in one way or another.) Recently, in my application of the concept of regime uncertainty to help us understand better the persistent economic troubles since 2007, I again advanced several different kinds of evidence, including as before an analysis of changes in the yield curves for high-grade corporate bonds. This time, too, the evidence is consistent with the underlying argument.

Nevertheless, the argument scarcely gained widespread assent, and most analysts either ignored it completely or, like Paul Krugman, dismissed it as a fairy tale—in his view, the sort of wholly fictitious notion that would be peddled only by think-tank whores in the pay of Republican plutocrats. (I trust that everyone who knows me will see how closely I fit this template.)

Now, however, more respectable analysts than I have accepted the challenge of showing that regime uncertainty can be measured systematically and that the resulting index “shows U.S. policy uncertainty [is currently] at historically high levels.” This research has been been carried out by three analysts at two of the world’s preeminent research universities: Scott R. Baker and Nicholas Bloom at Stanford University and Steven J. Davis at the University of Chicago. I highly recommend that anyone interested in this matter read the October 5 summary of these analysts’ research published online by Bloomberg News.

• A major factor behind the weak recovery and gloomy outlook is a climate of policy-induced economic uncertainty. An index we devised . . . shows U.S. policy uncertainty at historically high levels.

• We constructed our index by combining three types of information: the frequency of newspaper articles that refer to economic uncertainty and the role of policy, the number of federal tax code provisions set to expire in coming years, and the extent of disagreement among forecasters about future inflation and government spending.

• Our index shows prominent surges in policy uncertainty around the time of major elections, the outbreak of wars and after the Sept. 11 attacks. It shows another surge after the bankruptcy of Lehman Brothers Holding Inc. in September 2008. Policy uncertainty has remained at high levels ever since.

• To identify the drivers of policy uncertainty, we drilled into the Google News listings and quantified the factors at work. Several factors account for the high levels of policy uncertainty in 2010 and 2011, but monetary and tax issues predominate. Uncertainties related to health-care policy, labor regulations, national security and sovereign-debt concerns play contributing roles.

• Negative economic effects of uncertainty operate through multiple, reinforcing channels. When households are fearful about job loss, wages, taxes and retirement funds, they cut back on expenditures. The drop in consumer spending means weak sales for businesses and lower sales-tax collections for governments.

• When businesses are uncertain about taxes, health-care costs and regulatory initiatives, they adopt a cautious stance. Because it is costly to make a hiring or investment mistake, many companies will wait for calmer times to expand. If too many businesses wait, the recovery never takes off. Weak investments in capital goods, product development and worker training also undermine longer-run growth.

• So how much near-term improvement could we gain from a stable, certainty-enhancing policy regime? We estimate that restoring 2006 levels of policy uncertainty would yield an additional 2.5 million jobs over 18 months. Not a full solution to the jobs shortfall, but a big step in the right direction.

The index constructed and analyzed by Baker, Bloom, and Davis, like any such index, may be faulted in various ways. Working with such data and the indexes constructed from them is a never-ending task of correction and refinement for empirical researchers. Nevertheless, these analysts have met the challenge of producing a systematically measured quantitative index of regime uncertainty (they call it policy uncertainty) over a long period, and they have presented reasonable arguments that tie the index’s movements to specific policy measures and future possibilities. Their evidence certainly deserves as much respect as the standard National Income and Product Accounts (NIPA) estimates prepared by the Commerce Department’s Bureau of Economic Analysis, much of which derives from highly questionable definitions and assumptions and from underlying data subject to a variety of errors—yet economists swallow the NIPA estimates all the time without choking.

The idea of regime uncertainty had sound economic theory and substantial empirical evidence to support it from the beginning, and a great deal of additional evidence has accumulated over the past three years. Yet critics have continued to dismiss it either as Republican bunk bought and paid for by Obama-hating billionaires or as a sort of “just so” story concocted by flaky think-tank nobodies, such as yours truly. Now, however, the research reported by Baker, Bloom, and Davis knocks the ball firmly back into the critics’ court. Don’t be surprised if they take a whack at it. Whether their attempt will succeed intellectually is another matter.