The Congressional Budget Office has finally released its 2020 Long Term Budget Outlook. Delayed for months, the CBO’s budget analysis confirms the coronavirus recession has made the U.S. government’s fiscal situation much worse.

How much worse? In its 2019 outlook, the CBO expected the publicly held portion of the debt would hit 144 percent of GDP in 2049. Now, the CBO predicts the national debt will grow to 195 percent of the nation’s GDP in 2050. Here is a screenshot I snapped of the interactive chart the CBO posted on the main page of its website. 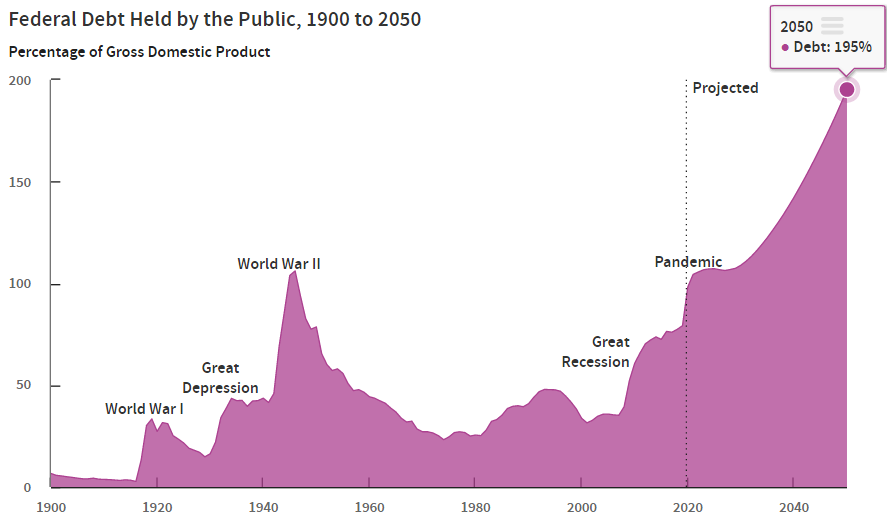 Why is it so much worse? That question is partially answered by another figure from the CBO’s 2020 outlook, showing projected federal spending and tax collections. 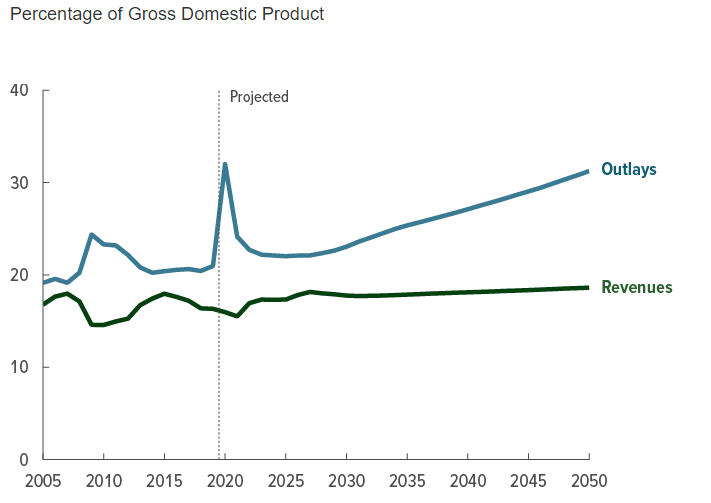 The fastest growing part of the budget in the CBO’s projections is net interest on the national debt. Thanks to its growing mountain of debt, the CBO expects these interest payments will soar when interest rates recover.

Meanwhile, the CBO’s current law projections look like what we can expect under a continuation of incumbent President Donald Trump’s policies. Somehow, Donald Trump has become the most fiscally responsible candidate in 2020.

This may be the craziest year ever in U.S. politics.