How COVID-19 Blew a Hole in the Federal Budget

The Congressional Budget Office has just released a dismal update of the 10-year budget projections it released just six months ago. The update reveals how much the U.S. government’s fiscal outlook has changed for the worse because of COVID-19.

That impact starts with a picture of just how big a hole COVID-19 has blown in the U.S. government’s budget. The chart below indicates the CBO believes the federal budget deficit will reach 16% of GDP in 2020. 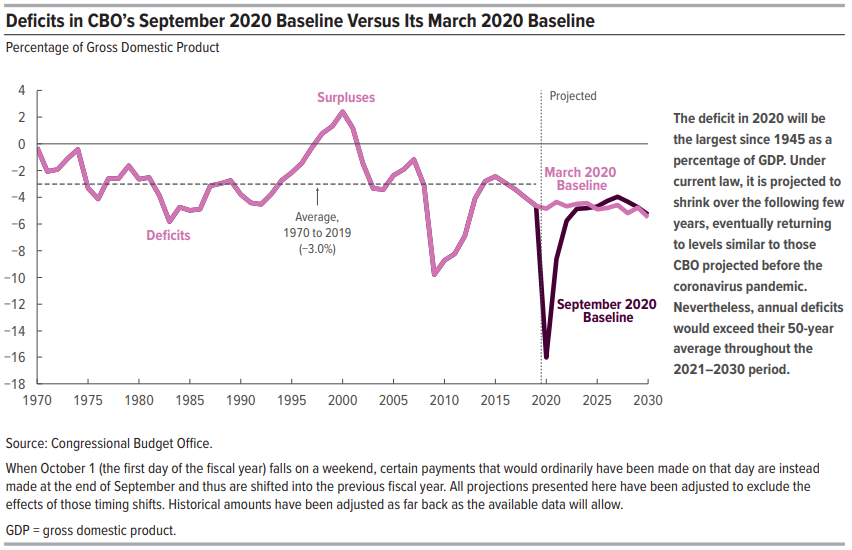 The chart also indicates the CBO’s analysts forecast the budget deficit will return to their pre-COVID predictions within the next two years. Those predictions, however, are for larger deficits than the U.S. government has typically run in the past 50 years.

The CBO describes how COVID-19 is driving the growth of federal budget deficits with a chart in the appendix of its update. 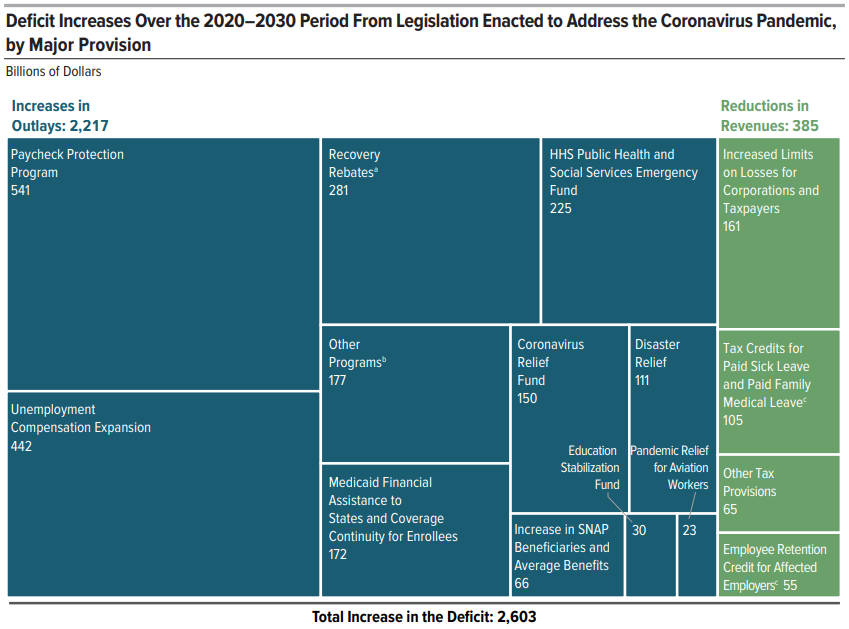 The CBO projects the U.S. government will run deficits over $2.6 trillion higher than it otherwise would because of COVID-19. Of that amount, nearly 15 percent is because of lost tax revenues. The remaining 85 percent of additional budget deficits occur because of increased spending.

Getting into the details, at least 20 percent of the total 10-year deficit will be taken up by the Paycheck Protection Program. Another 17 percent will go to provide enhanced unemployment benefits. The remainder will be divided up among other programs and emergency funds.

These figures underestimate future deficits because they don’t account for new spending from the just announced 3-month budget deal. The deal postpones political decisions about even higher spending until well after the November 3 election.

The CBO’s dismal new 10-year budget projections may already be too rosy and optimistic.