One of today’s pivotal questions is the ability of the economy to cope and adapt in the face of mandatory and voluntary social distancing.

Real GDP in the second quarter of 2020 fell at an annualized rate of 32.9 percent, an unprecedented drop. It has become commonplace (and bipartisan) to assume that economic vitality depends a great deal on financial aid from Washington; hence the multi-trillion-dollar fiscal and monetary actions taken to mitigate the economic damage. Consensus opinion does not anticipate full recovery anytime soon, even taking into account present and still-to-come government largesse. For example, half of the professional forecasters polled by the Wall Street Journal in August expect the third quarter to produce annualized growth within the range -5 to 18 percent. 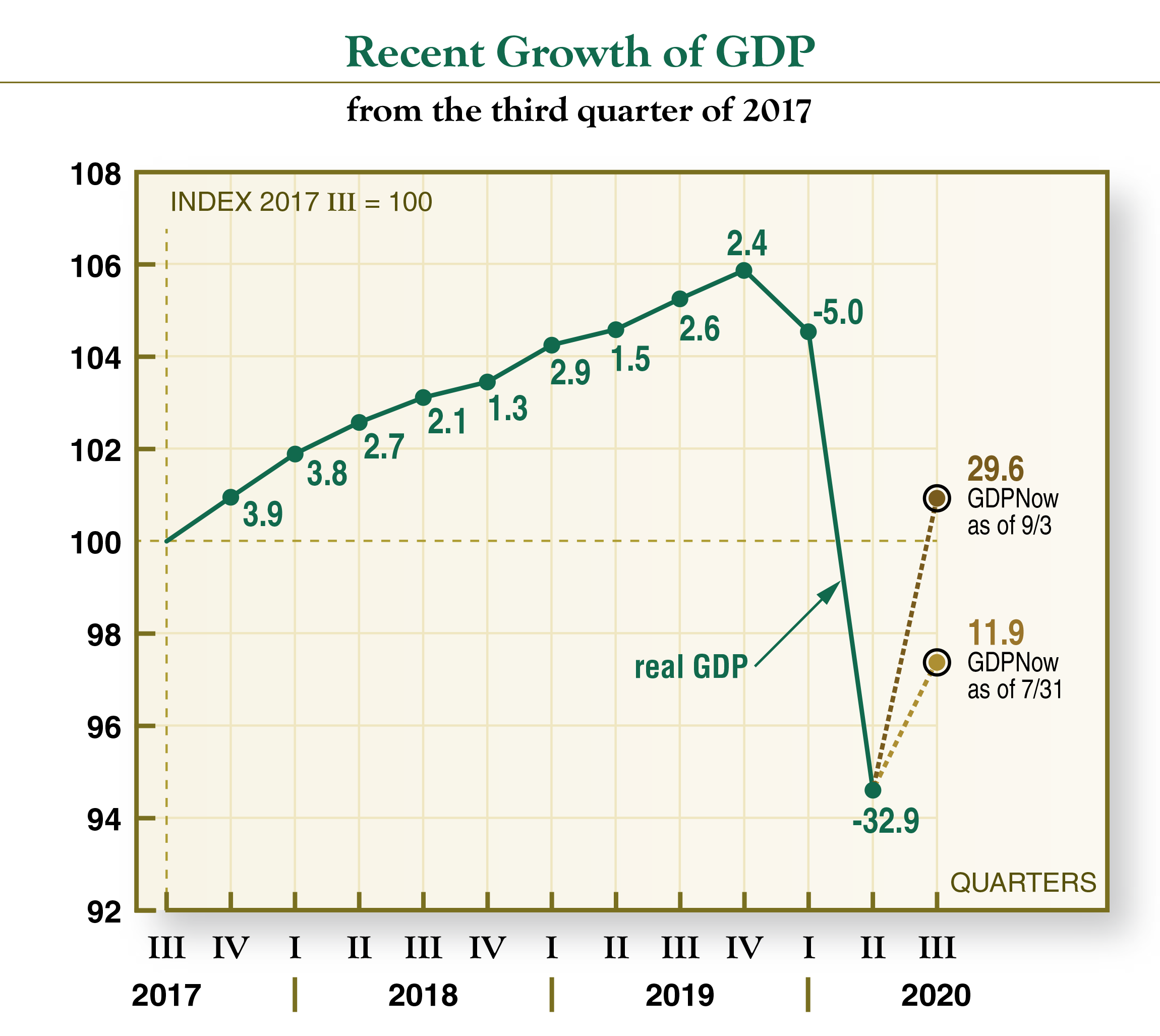 But predictions are already being overtaken by events. In June consumer spending had already bounced back to where it had been at the beginning of the year; it’s still on the rise. And forecasts for the immediate future no longer require that we depend on economic modelers. As of September 3 the “GDPNow” team at the Atlanta Federal Reserve Bank calculated a third-quarter growth rate of 29.6 percent from hard (albeit incomplete) data.* This reflects a large upward revision from earlier estimates (see chart) and would be nearly twice the highest quarter-to-quarter growth rate on record, which occurred during the Korean War buildup. Only two of the 62 forecasts in the Journal’s survey are higher.

If the Atlanta Fed estimate proves out, the economy will have recaptured 70 percent of its lost ground in a single quarter. But only the official estimate of GDP gets publicity. That will not be announced by the Department of Commerce until October 29, a few days before the election.

The speed and vigor of such a rebound bears two very different interpretations, neither of which encourages much faith in economic modeling. One possibility is that federal intervention has been much more effective than expected. To the contrary, I believe we have, collectively, underestimated the economy’s intrinsic resilience. Back in the days when federal stimulus was puny by today’s standards, GDP already showed an ability to bounce back from natural disasters and strikes.

** See R. David Ranson, Why a Pandemic Is Not a Recession, Executive Summary, Independent Institute, April 8, 2020.