As the Pandemic Demonstrates, Leviathan Feeds on National Crises

Crisis and Leviathan is Robert Higgs’ great work of history exploring how politicians exploit crisis situations to grow their power. As their power grows, so too does the size of government.

Leviathan, of course, refers to the old bible stories of a multi-headed sea serpent with an insatiable appetite—much like today’s U.S. government, which set a new monthly budget deficit record in June 2020. As the coronavirus pandemic continued, it spent $864 billion more than it collected in taxes that month.

The mental image of Leviathan is something I couldn’t help but think about after seeing the U.S. Treasury Department’s June 2020 monthly statement. Especially after seeing the following figure that shows how the government spent so much more money than it had. 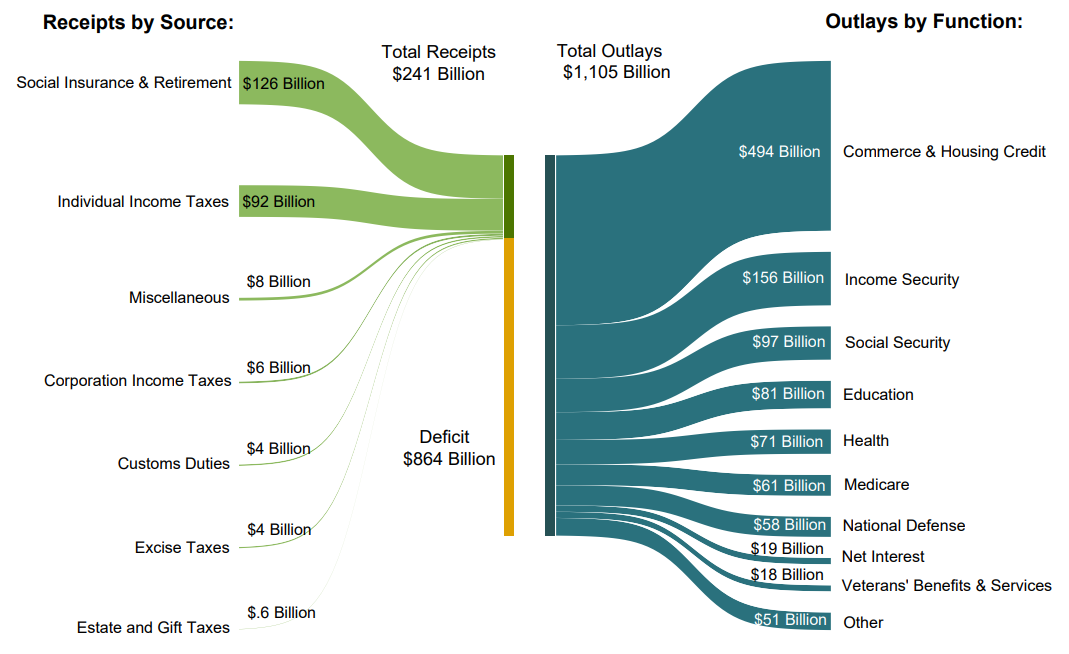 Let’s put that record $864 billion monthly deficit into perspective. That number is larger than the total national debt accumulated in the country’s first 189 years.

But that does not account for inflation. If we do that accounting, that single month’s debt is larger than what the nation accumulated from its founding through September 1941.

Coincidentally, that period was just a few months before Japan’s attack on Pearl Harbor threw the United States into crisis—a very different emergency from today’s crisis, but still one that would spark an unprecedented accumulation of national debt. The Leviathan government grew and never shrank back to its pre-war size.

In today’s crisis, we’re on the verge on feeding Leviathan trillions of borrowed dollars a month to spend. Just imagine how much more funding it will demand to be fed in the next crisis. And with today’s politicians, the only thing we know for sure is that there will be a next crisis.