In the last two months, the U.S. Federal Reserve has underwritten every single dollar borrowed by the U.S. government, and then some, becoming the biggest single lender to the federal government along the way.

And now, Federal Reserve Chair Jerome Powell has told Uncle Sam to get out there and spend! Reuters has the story:

The U.S. government has a $3 trillion bulge of debt coming through the pipeline because of the coronavirus pandemic. It also has perhaps 30 million or more freshly unemployed Americans to support, tens of thousands of businesses on the ropes, and a possibly extended battle with a virulent disease to underwrite.

Given the choice between leaving the economy without a lifeline and making that debt load even bigger, Federal Reserve Chair Jerome Powell on Wednesday sent a not-so-subtle message to U.S. elected officials: Spend whatever you need in this crisis....

“Now, when we are facing the biggest shock that the economy has had in modern times, is for me not the time to prioritize considerations like that,” Powell said when asked on Wednesday in an interview with the Peterson Institute for International Economics if he was worried the United States might borrow too much to help individuals, companies and local governments.

Like a good neighbor, the Federal Reserve is there. The only lender the U.S. government can turn to in a time of trouble. Because who else can come up with $1.78 trillion to borrow when Uncle Sam has decided he’s going to burn through $1.78 trillion in just ten weeks? 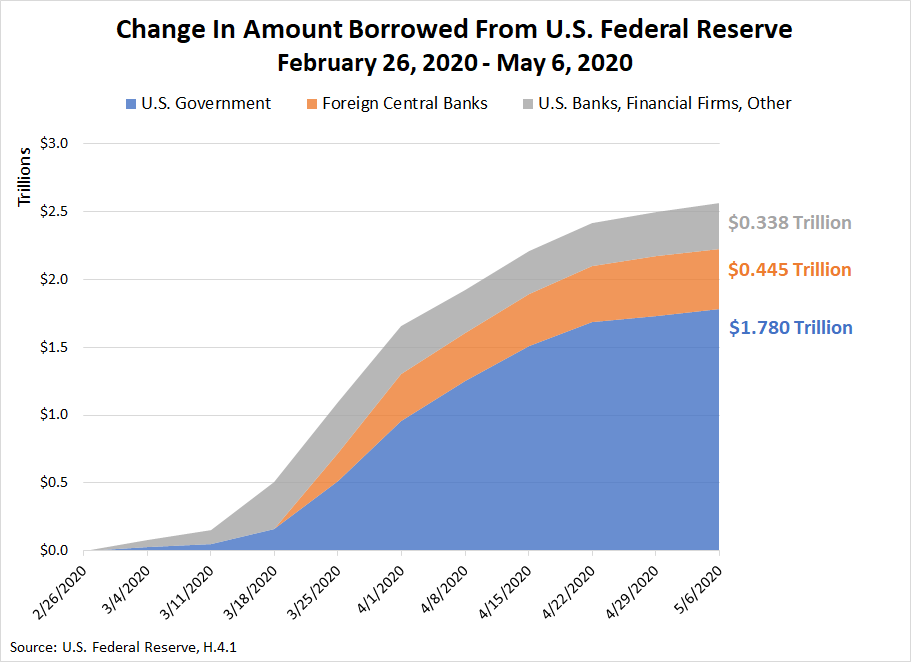 The funny thing is that in making his statements, Fed Chair Powell is metaphorically putting himself into the role of a loan shark, someone who is willing to lend money to someone who is already deeply in debt, and will keep loaning them money as they continue to get hopelessly deeper and deeper in debt. Eventually, that will get old, the loan will come due, and it will be time to pay for it.

Even funnier, while the Fed might be thought of as the only loan shark in town in today’s world, Uncle Sam has always been a professional debt collector. If you owe the government money, he will come knocking to collect. Or he will find some other way to get it from you. No matter what, we’re the ones who are going to have to pay for the cost of many really bad decisions made by politicians and bureaucrats in the current crisis.

What price do you suppose the politicians and bureaucrats should pay out of their own pockets?