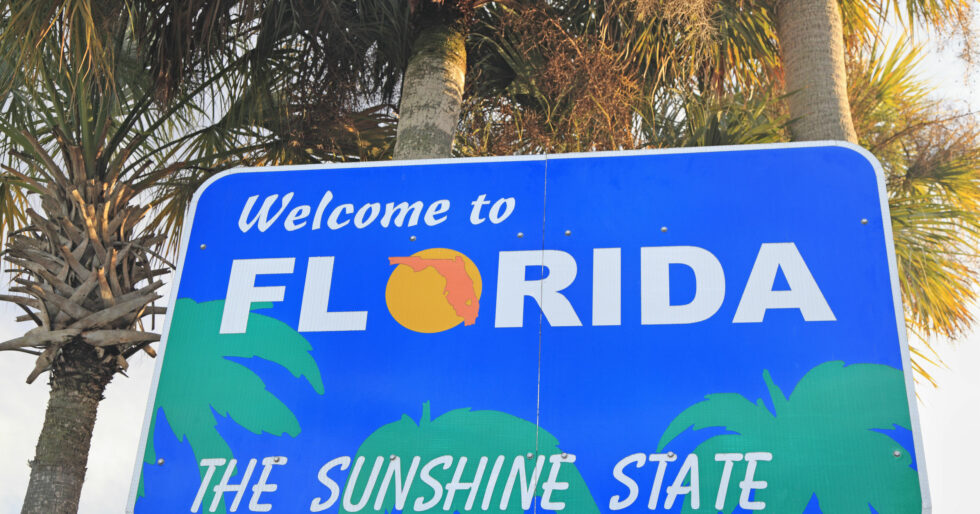 Florida Governor Ron DeSantis, who has been subject to criticism on his policy response to the COVID-19 crisis, announced more sweeping restrictions on April 1.

While many state-wide restrictions were in place, including closing down restaurants, bars and clubs, barber shops and beauty salons, and dentist offices, he was only recommending (not requiring) that Floridians shelter in place, and left many decisions (including whether to close beaches) to local governments. That is the appropriate response.

I’m not an expert on infectious diseases, so I’m not taking a position on whether government responses to COVID-19 have been too stringent or too lax. Experts may have a better idea than I do, but really, this is an unprecedented situation, so even experts are just guessing, albeit with the knowledge to allow them to make expert guesses. We will have a better idea on whether government responses were appropriate in a few months, with hindsight, but even then, we can only compare what actually happened with a guess on what would have happened had different policies been followed.

On April 1 Governor DeSantis issued a state-wide “safer at home” policy that prohibits people from leaving home for any reason other than a few that the policy specified. The result will be an increase in economic dislocations, but likely for little benefit in areas that are not hard-hit by COVID-19. His former policy of leaving much up to local government discretion was more sensible.

If everybody self-isolated, the virus would be gone from the United States in a few weeks. But, that won’t happen. Governor DeSantis’s “safer at home” policy allows people to go to grocery stores and hardware stores where they can be exposed (Home Depot is very busy despite the “safer at home” policy; so is Wal-Mart). Everything is not closed, and people are still going where others are. Then there is international travel, which eventually will resume, and will bring in more cases, even if in the United States the disease is temporarily wiped out.

Even the “safer at home” policy can allow the disease to linger if more than a single person lives in a home. As an abstract example, let’s say a household has five individuals and COVID-19 can be contagious for 14 days. If one person in the household has it, a second person could get it 14 days later, and then a third 14 days after that. COVID-19 could still be present in that household for up to 70 days–more than three months.

That example is perhaps unrealistic, but the numbers show something else. If the second person gets sick only seven days after the first, and the third seven days after the second, and so on, then the disease will be present in the household only half as long. Setting aside the particular numbers, the slower the transmission rate, the longer COVID-19 will linger. Because it is a new disease, only those who have had it have built up an immunity to it.

“Shelter in place” and “safer at home” policies will not eliminate COVID-19, but they can slow the transmission rate by “flattening the curve.” That will lengthen the time that the disease will be with us, which can make sense because it will reduce the burden on the health care system. With that in mind, those policies make more sense in locations where there are more cases. Different policies are appropriate for different localities.

We want to minimize the health consequences of COVID-19, but we also want to minimize the economic dislocations of doing so. Governor DeSantis’s old policies were more appropriate for that than the new ones he announced on April 1. But I will note that while he is requiring Floridians to stay “safer at home,” I didn’t see any penalties associated with violations of that policy.

Despite a change in policy, I am confident the governor will again be criticized for doing too little too late. Those criticisms are coming from his political opponents and appear politically motivated, at least in part. The governor’s political opponents will criticize him whatever he does, especially in uncertain times when nobody can really know what policies are best.

Facing an unprecedented pandemic, nobody can know ahead of time what would be the best policy response. But because different places are affected differently, I am confident that locally tailored policies are more appropriate than one size fits all policies at the state level, or worse, at the national level. Some national policies, such as restricting entry from foreign countries, are appropriate, but for the most part, state policies are better than national policies, and local policies are better than state policies. Decentralization!

That has been the idea behind Florida Governor DeSantis’s policies, but recently, he has moved away from decentralization, apparently because of political pressure.