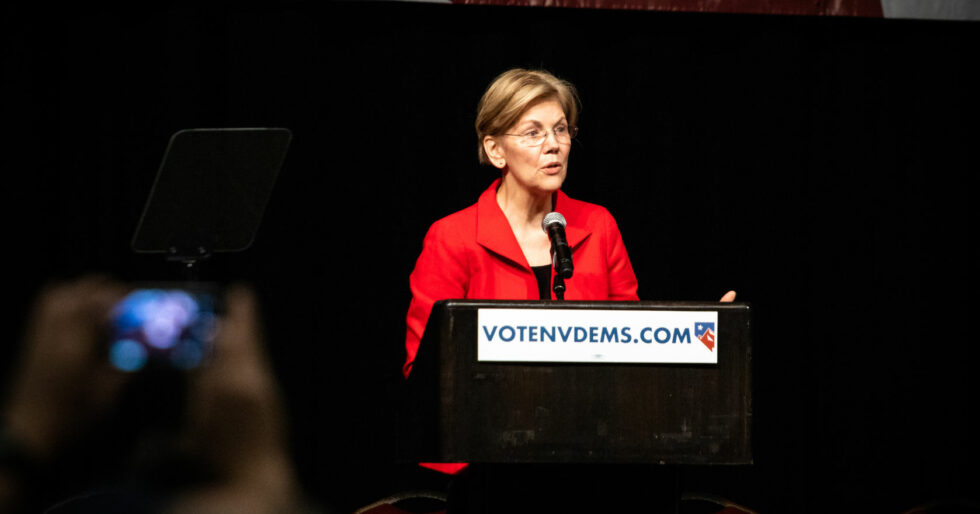 At Wednesday’s debate in Atlanta, Sen. Elizabeth Warren touted her plan to hike taxes on the wealthy. The socialist Sen. Bernie Sanders liked Warren’s idea, and spoke of criminally prosecuting private companies. The sole dissenter on the stage was Sen. Cory Booker, who expressed a need for wealth creation. The New Jersey Democrat had discovered in the African American community a keen interest in entrepreneurship. That failed to pique the attention of other candidates, leaving Booker all alone, a kind of non-Spartacus moment.

The proceedings seemed to favor Warren, who again proclaimed that nobody in America got rich on his own and that the real credit was due to those who built the roads and bridges that everybody else paid for. The presidential candidate is apparently unfamiliar with Gilbert Hyatt, who back in 1990 invented the first single-chip microprocessor. Hyatt’s invention earned him a great deal of money, so he fled to Nevada, which has no state income tax. California’s pillage people hounded Hyatt for years, and spent $25 million pursuing the inventor, nearly twice as much as the tax bill they claimed he owed.

Mr. Hyatt showcases the entrepreneurial spirit and wealth creation that Cory Booker dares to promote. Elizabeth Warren embodies the predatory spirit that seeks to punish entrepreneurs for their success. The “fair” tax system all candidates claim to want is best achieved through one rate of taxation for all. The workers should also get the money they earn before the government grabs it through withholding. To date, no Democrat, Republican or independent seeks to run on that kind of basic fairness.