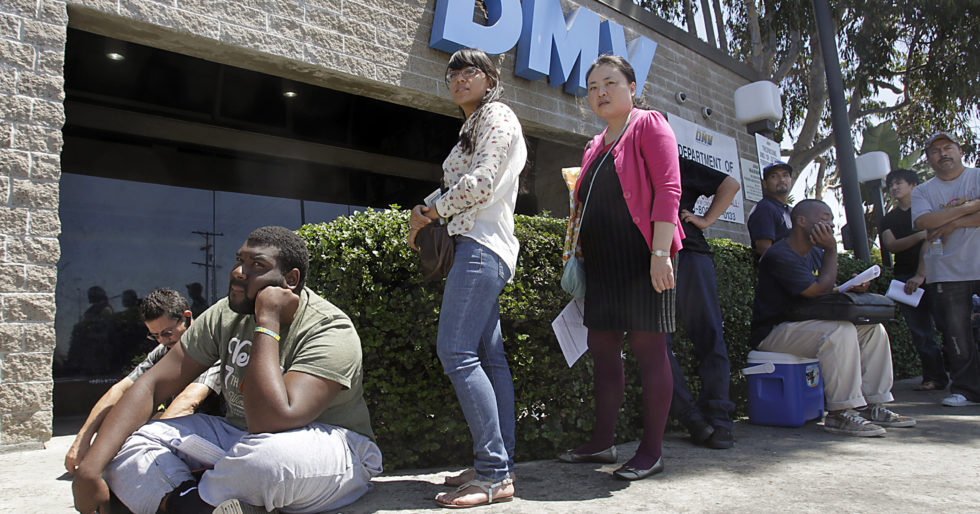 State officials who show diligence at their job are not easy to find in California. One notable exception is State Auditor Elaine Howle, who has been on a roll of late. As we noted, Howle found that California State University bosses had stashed away $1.5 billion in discretionary reserves while jacking up tuition and hitting up the legislature for more money. In similar style, University of California president Janet Napolitano, a former Arizona governor and Department of Homeland Security boss, was hiking tuition while stashing away $175 million. Howle’s auditors made this discovery despite efforts interference from Napolitano’s office. California’s Department of Motor Vehicles cries out for that kind of investigatory diligence, but legislators and government unions won’t let Howle near the place.

“For the second time in the past 12 months,” Bryan Anderson of the Sacramento Bee reports, “California Democrats declined to open an independent investigation into the state’s Department of Motor Vehicles.” The audit request was “the most sweeping review” of the “motor voter” program and new federal ID requirement.

Four Senate Democrats voted against the request, which would have deployed state auditor Elaine Howle. Local 1000 of the Service Employees International Union (SEIU) also urged legislators to reject an independent audit, which union bosses viewed as “premature.” The SEIU represents DMV employees across the state and last year, as ABC News reported, “a key data operator at the Department of Motor Vehicles failed to perform her essential duties over a period of nearly four years because she slept at her desk for extended periods of time during work hours.” The employee was not named and by all indications remains on the job.

Gov. Gavin Newsom has appointed a “strike team” and an outside law firm to investigate the DMV. As Anderson helpfully noted, Elaine Howle “does not report to the Governor’s Office and is considered independent of state government’s executive branch.” That’s why the governor, legislators and government union bosses want to keep her away. Little if any change is likely but there may be another takeaway for taxpayers.