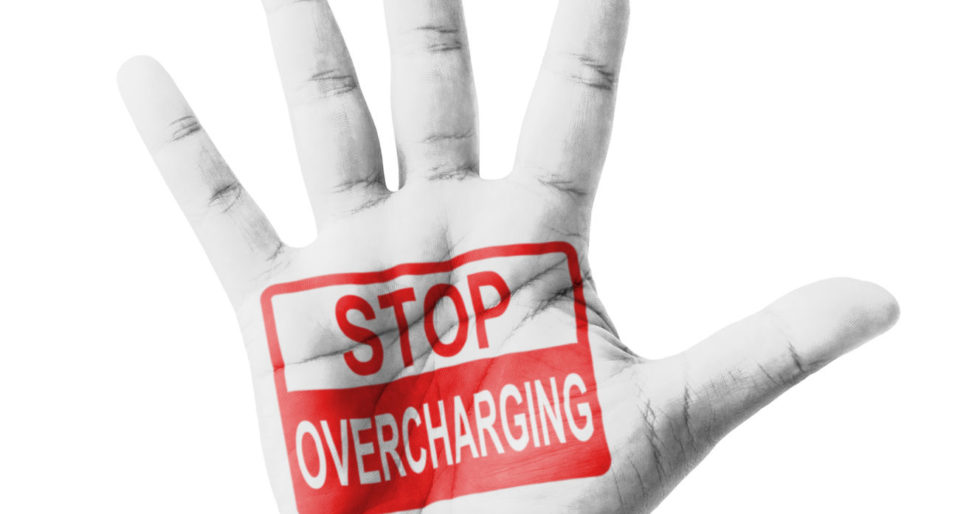 U. S. Defense Contractor Shows How Government Regulation Can Lead to Price Gouging

The company is very profitable. But according to Bloomberg‘s Anthony Capaccio reporting, a big portion of TransDigm’s financial success comes from gouging U.S. taxpayers through extreme markups of prices on parts purchased by the Department of Defense.

The Pentagon is weighing legislation that would give contracting officers the power to demand back-up data on spare parts costs after its inspector general said TransDigm Group Inc. could be paid about 9,400% in excess profit for a half-inch metal pin.

The Defense Logistics Agency could end up paying TransDigm $4,361 for the “drive pin” in a July contract that should cost $46, according to a Pentagon review endorsed by the inspector general.

The review found potential excess profits for 98 of 100 parts sampled and concluded the Pentagon may end up paying TransDigm $91 million more in coming years for parts valued at $28 million, with excess profit per part of 95% to the 9,380%, the Defense Department’s inspector general said in an audit labeled “For Official Use Only” and obtained by Bloomberg News.

In my day job, I work as a manufacturing engineer in the aerospace industry, where I am very familiar with the type of exercise that determines how much parts such as a drive pin should cost to make. Starting with a part’s design requirements and its projected volume of production, I can work out how many steps will be needed to produce it using various types of manufacturing equipment and whether or not it might need any specialized tooling or facilities to produce. With that information, I can determine the cost of materials, labor, and overhead that will define the lowest-cost method for manufacturing a part that satisfies quality and performance requirements.

I can then check my work by soliciting requests for quotation from capable manufacturers to produce the part, where competition between these potential suppliers lead to low costs. The vendor that goes on to win the bid will be selected because they provided the best overall mix of quality, schedule, and cost for making the part. It is vitally important to get this part of doing business right because the stakes in the aerospace industry are so high, where whenever a company introduces a new aircraft, they are virtually betting the future of the company on its success.

But government regulations can prevent that healthy process from playing out, which firms like TransDigm exploit for non-competitive advantage, as described in Morningstar analyst’s Chris Higgins’ 2017 analysis of the company’s business model:

Transdigm’s business reflects its private equity roots–the company had its initial public offering in 2006–and its units typically operate autonomously. The company also uses significant financial leverage, relying on a stream of aftermarket business to generate predictable cash flows. Management is a serial acquirer, aiming to improve operations at acquired firms and optimize the capital structure.

Transdigm’s moat rests on switching costs and intangible assets. Its aerospace products meet Federal Aviation Administration certification requirements and must also pass a separate aircraft manufacturer qualification process. Aftermarket sales, which account for over 75% of profitability, are particularly sticky. Transdigm enjoys the highest margins of any company in our aerospace coverage, translating into impressive returns on invested capital….

Transdigm’s wide economic moat rests on intangible assets in the form of intellectual property on its products, particularly in the aftermarket where this IP effectively blocks competitors. In addition, switching costs emanate from the inclusion of Transdigm parts in an aircraft’s design by plane manufacturers and through FAA certification of these parts. Finally, the low overall dollar value of the company’s parts, versus the high cost of failure for aircraft, reinforces these switching costs.

TransDigm can count on collecting exceptionally high markups on otherwise low-cost-to-make parts because the costs of requalifying or recertifying aircraft with identical parts produced by competitors is so prohibitive. In fact, TransDigm seeks to acquire established vendors whose products include these kinds of parts, jacking up their price after it takes over, which is what Higgins means when he says the company “optimizes” the capital structure of the companies it acquires.

So even if someone in my role has done their job properly in selecting a qualified supplier to produce a given part for these aircraft when they are first qualified and certified, all that work can go out the window if the chosen supplier is subsequently acquired by a firm following TransDigm’s business model. Aircraft producers can be then be stuck with them for a prolonged period of time, taking years and millions of dollars of additional expenses before they might be able to get unstuck thanks to the constraints that government regulations have set for them.

If that sounds familiar, it is the same business model for which Turing Pharmaceuticals’ Martin Shkreli earned scandalous headlines in the health care industry, which contributed to his downfall, but not before health insurers and millions of patients were forced to pay higher prices for the medicines they required.

As in the pharmaceutical industry, it is a business model that is sustainable only because of how government regulation helps stifle effective competition in the free market. It is also how government regulation leads to price gouging. In this case, it explains why the Department of Defense will pay $4,361 for a part that should cost as little as $46 and why taxpayers will have so little to show for their money, despite spending millions more.