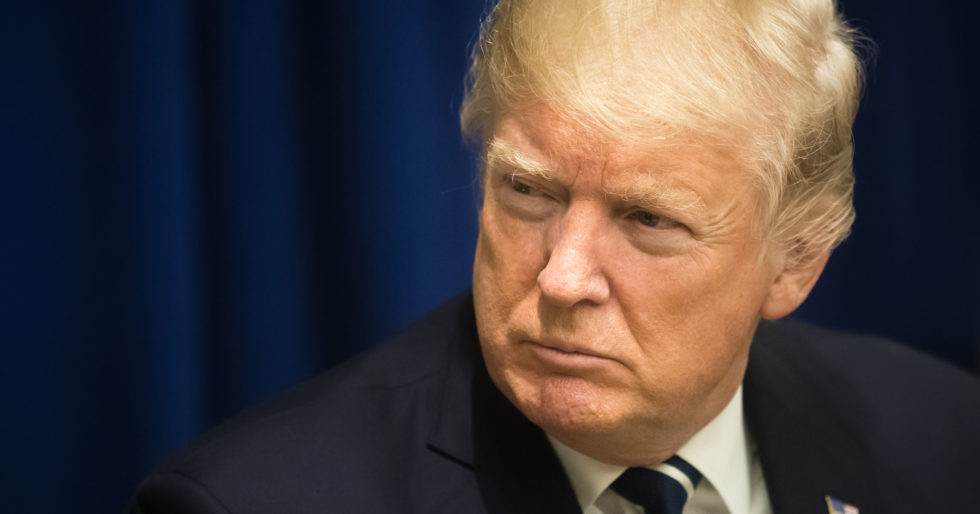 Should Tax Disclosure Rules Apply to All Politicians?

The IRS has a horrible track record when it comes to its use as a tool by powerful politicians to go after their opposition. Presidential administrations from FDR to Barack Obama have overseen scandalous incidents in which cabals of “rogue” IRS agents have abused their authority in using the arbitrary enforcement of tax laws to weaken their political opponents. That’s why today’s IRS must comply with laws limiting the ability of bureaucrats to access and disclose the tax records of regular Americans without their consent.

But should those rules benefit politicians when they run for or hold office? Steven Aftergood of the Federation of American Scientists argues that President Trump has broken the “norm” of the voluntary disclosure of income tax returns by political candidates and believes a new norm for tax return disclosure should be established.

By refusing to disclose his tax returns, President Trump has breached—and may have demolished—the longstanding norm under which sitting presidents and presidential candidates are expected to voluntarily disclose their federal tax returns. At the same time, there is reason to think that new norms of disclosure can be created.

The conditions under which Congress could legally obtain President Trump’s federal tax returns were reviewed in a new assessment from the Congressional Research Service.

Aftergood continues by citing how the disclosure of the Department of Defense’s Military Intelligence Program budget, once considered a national secret, might be used as a template for disclosing useful information about that spending without necessarily exposing sensitive information.

The question Aftergood raises goes far beyond the President of the United States and the political candidates for that single office. If such tax return information matters for the public interest, shouldn’t all politicians, political candidates, and bureaucrats who occupy non-elected positions of authority also be required to comply with such norms, regardless of what level of public office they seek or hold?

For example, consider the breaking scandal that has ensnared Baltimore Mayor Catherine Pugh in controversy. Pugh appears to have received hundreds of thousands of dollars for a 20-page children’s book she wrote and self-published, which was bought in very large quantities by local government entities and other institutions over which she held sway, such as the University of Maryland Medical System (UMMS).

Already known as “Bookgate”, the scandal provides a case study that argues in favor of imposing the disclosure of tax return data for public officials at all levels of government in the United States, not just for the Presidency. Hot Air‘s Jazz Shaw summarizes some of the elements of the scandal where greater transparency would matter:

The Mayor has been asked if she would provide copies of her tax returns showing all of the money she received was accounted for as she claimed. She declined.

The Mayor has been asked if she would provide receipts showing that the books were printed and who they were distributed to. She didn’t even respond to the request.

UMMS was asked to provide receipts showing the books had been printed or distributed. They declined.

Baltimore City Public Schools officials were asked if they received the books. They said they “remember” one shipment sometime between 2011 and 2013, but no records are available.

How do you get away with just “declining” to answer any of these questions? These are all public officials or people spending taxpayer dollars. I understand that Mayor Pugh and UMMS are sticking to their story that there’s no law against this type of self-dealing yet (one is being rushed through the legislature this month). But that still doesn’t mean you can schedule an order and take the money if the taxpayer-funded product in question never even existed, does it? Surely there has to be a law covering that.

It possibly doesn’t matter if there is such a law or not, considering who would write and enforce such laws. Arbitrary discretion in enforcing laws is one of the perks of wielding political power.

The norm of voluntary tax return disclosures for presidential candidates was started by Richard Nixon in 1968, who would go on to be much better known for his abuses in using the IRS as agents of retribution against his political enemies. Being seen to make such a voluntary disclosure was just a smoke screen that enabled far worse behavior than could ever be captured on a tax return once in power.

More recently, although the disclosure laws governing IRS officials have long been in place, they didn’t stop any of the abuses in the Obama administration’s IRS targeting scandal, which ultimately required the IRS to pay a multi-million dollar settlement to its politically targeted victims. The officials behind the abuses that benefited the Obama administration’s political interests largely got off scot-free.

Craig Eyermann is a Research Fellow at the Independent Institute and the creator of the Government Cost Calculator at MyGovCost.org.
Posts by Craig Eyermann | Full Biography and Publications
Government Accountability Government Transparency Income Tax
Comments
Before posting, please read our Comment Policy.