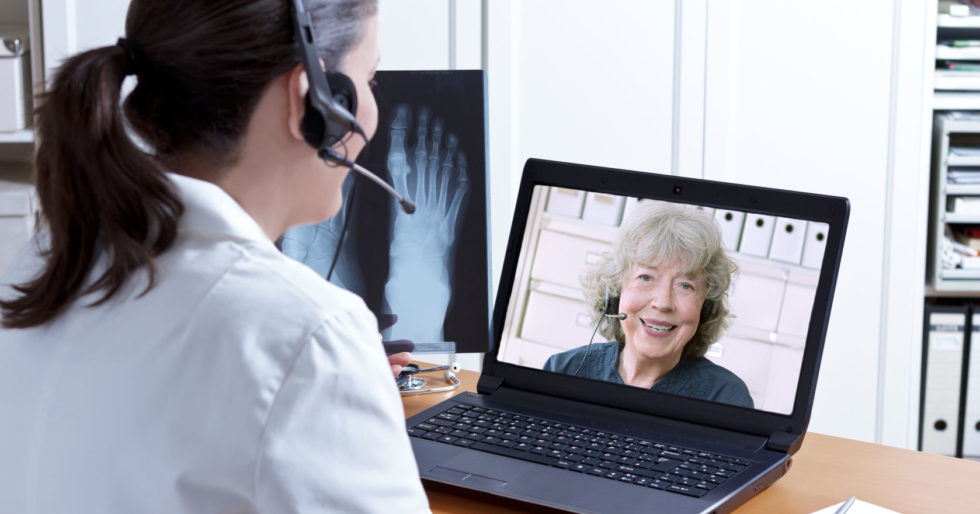 If Telemedicine Is Underachieving, Government Is to Blame

Telemedicine, the use of telecommunication technology to help administer medical care, is often credited with “radically changing” the healthcare market. Some have credited telemedicine with revolutionizing healthcare delivery, private practice, and outpatient care among other components of healthcare.

However, a recent CNBC article is receiving considerable attention for arguing that “telemedicine has been such a bust so far.” In the article, technology and health reporter Christina Farr contends telemedicine fails to live up to its reputation as “the next big thing in healthcare” and still finds itself on the outskirts of mainstream healthcare and medical practice.

To bolster her claims, Farr cites a white paper published by Avizia finding that nearly 80 percent of consumers do not use telehealth services. Consumers appear to underutilize telemedicine even though many employers’ health plans offer it. An article in the Chicago Tribune notes that in the first half of 2016 only 3 percent of employees in large companies offering telemedicine coverage actually used that benefit. Whether this constitutes a “bust” or not, it seems telemedicine has not reached its potential.

So, what’s holding it back?

Farr offers three explanations: patients are unaware that telemedicine is an option; they are concerned telemedicine is too expensive (and may not be covered by insurance); they strongly prefer seeing their physician face-to-face.

While these explanations contain some truth, when we examine the evidence, they come up short.

Surveys frequently find that patients want access to telemedical services and that those with access are very satisfied with them. Consumer demands prompt health providers to offer telemedicine as an alternative option. A study by HIMSS Analytics finds that last year 71 percent of healthcare providers adopted telemedicine (up from 54 percent in 2014). The exchange is mutually beneficial; consumers receive the services they demand, and providers offer a cheaper way to provide medical care.

Concerns over expensive physician visits are not unique to telemedicine. Evidence finds cost-conscious patients are likely to avoid seeing a doctor completely. A recent national survey finds 44 percent of respondents did not seek medical help when sick or injured due to fear of high medical bills. Patients with these concerns find solace with telemedicine. A study performed by Red Quill Consulting Inc. notes that the average cost of a virtual visit is between $40 and $50 whereas an in-person visit may cost about $176 per visit.

Lastly, patients might strongly desire to meet with their physician in person. Sadly, such visits are becoming increasingly difficult.

Since 2014, wait times for new patients to see a physician have increased 30 percent. In Boston, it typically takes two months to get a physical exam. With the current shortage of physicians in the United States, wait times are likely to get longer. Fortunately, telemedicine is a viable solution to meeting in person. An article published in American Emergency Medicine finds about 40 percent of doctor visits could be done virtually.

In-person meetings, even for patients who insist on them, hardly seem worth the wait. Currently, the average physician only spends between 13 and 24 minutes with the patient during their appointment. It seems unlikely experiences like these are overwhelmingly preferred to telemedicine.

Considering the benefits telemedicine provides consumers and producers, as well as the alternatives, it seems telemedicine already plays an important and dynamic role in U.S. healthcare. Indeed, telemedicine adoption and revenues are expected to continue to grow for the foreseeable future.

If anything is slowing down telemedicine, it is government regulation. Telemedicine providers have faced burdensome and complex regulatory structures at the state and federal level. Recently, many states have passed additional laws under the guise of promoting “uniformity” of legislation at the state level. As some have noted, the result is that “a number of states that previously had little or no regulation... adopt comprehensive regulatory schemes.” In 2017, according to the Center for Connected Health Policy, 63 pieces of legislation were approved in 34 states.

An unfortunate consequence of any regulation is that it restricts the number of alternative products and services available to consumers. Telemedicine is an invaluable component of providing effective and safe healthcare, but regulation has the potential to bust it.