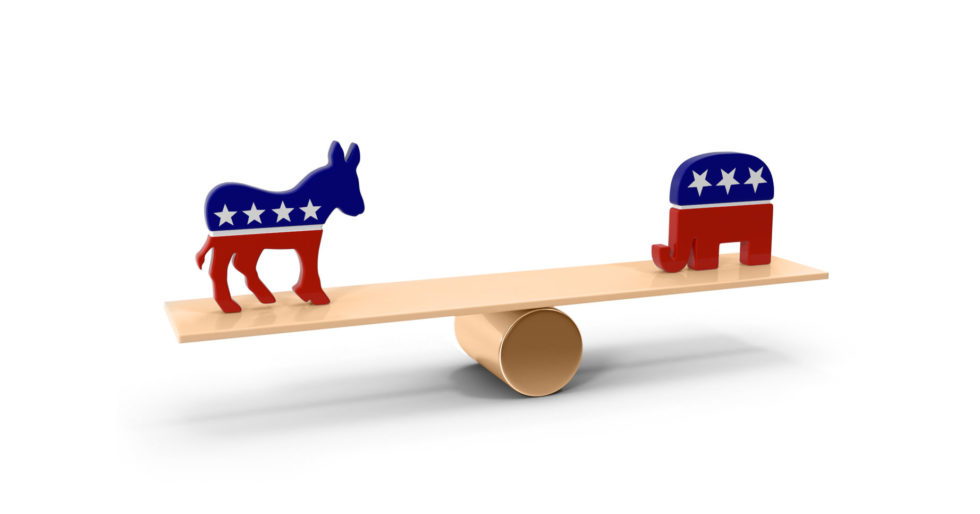 The Republican Advantage That’s Easy to See but Nobody Notices

An article reporting on studies by two psychologists suggests that color influences behavior and that red is a winning color. In one study from the 2004 Olympics, where competitors in combat sports like boxing and taekwondo were randomly assigned either red or blue kits, they found that those assigned the red kits were more likely to win than those assigned the blue.

One of the researchers said, “Simply wearing red doesn’t turn you into an excellent competitor, but it helps tip the balance between winning and losing when people are fairly evenly matched.” Might referring to one party as the red party and the other as the blue have the same effect in politics?

The article gives many other examples of the color red being associated with dominance. People feel more dominant when they wear red. Gamblers feel more confident and gamble more when they use red poker chips. Waitresses get higher tips when they wear red. Men and women are both rated as being more attractive when they are wearing red rather than other colors.

Today, we are accustomed to thinking of the Republican Party as the red party and the Democratic Party as blue, but this color assignment was solidified only in the past few decades. This article explains that color-coding the parties as red and blue became popular with the advent of political reporting on color television, but initially, the colors were not consistently assigned. The election of 2000 was the point at which the current color identification was solidified, and the Republican Party became the red party.

If there really is an advantage to being the red party, how did the Republicans manage to get it? One conjecture is that the mainstream news media (which may slant toward the left) rightly associated red with communism, and didn’t want the Democrats being the red party. During the Cold War, being a red meant being a communist. So, the media assigned red to the Republican Party to avoid associating the Democratic Party with socialism.

If so, this may have been a lucky break for the Republicans. They managed to grab the color that dominates all others by default, giving them a slight advantage in elections. Surely, in politics more than in many aspects of life, symbolism exerts powerful effects.

This is a red party advantage that everyone can see, but nobody notices.