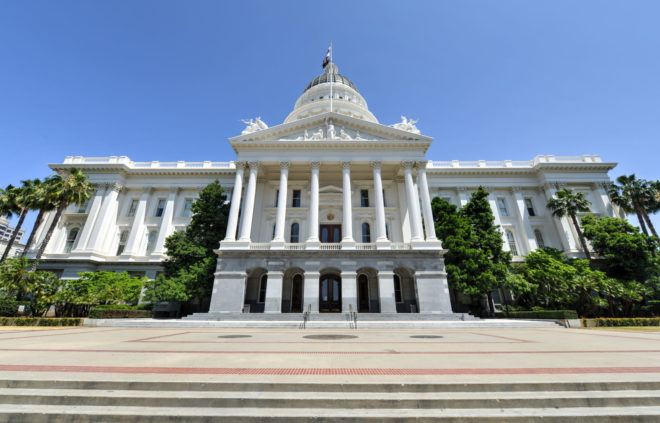 Proposed legislation, AB-2943, making its way through the California legislature, is the latest example of why east coast folks see California as the land of fruit and nuts. Humor aside, it is also why diverse groups such as Orthodox Christians, libertarians, and conservatives fear the radicalism of the Left and are concerned about fundamental values of speech and expression. Trends often start in California and this threat to free speech is most disturbing.

The proposed legislation seeks to modify the state’s law related to unlawful business practices. The current version of the statute is not that much different from most states’ Unlawful Trade Practice Acts. It prohibits a seller from making misrepresentations about goods offered for sale. For example, a seller could not claim that a certain toothbrush is endorsed by the American Dental Association when that is not the case.

AB-2943 seeks to insert provisions prohibiting “Advertising, offering to engage in, or engaging in sexual orientation change efforts with an individual.” Under the proposed statute, “’Sexual orientation change efforts’ means any practices that seek to change an individual’s sexual orientation. This includes efforts to change behaviors or gender expressions, or to eliminate or reduce sexual or romantic attractions or feelings toward individuals of the same sex.” The statute also contains lengthy findings that change therapy is a bad thing and can hurt people.

Putting aside policy arguments on whether conversion therapy good, bad, etc., it is very likely that this statute will have a much broader application. Under state case law, “the language used in a statute or constitutional provision should be given its ordinary meaning, and ‘[i]f the language is clear and unambiguous there is no need for construction, nor is it necessary to resort to indicia of the intent of the Legislature (in the case of a statute).” People v. Valencia, 3 Cal. 5th 347, 357, 397 P.3d 936, 944 (2017), reh’g denied (Aug. 30, 2017)

Under the plain meaning rule as described in Valencia, this statute would prohibit a bookstore from selling a book in which a Christian author urges people to repent of sexual immorality, which he identifies as including homosexuality and to take their strength in the sacrificial love of Christ. Such a position is orthodox Christian teaching. (See e.g., Romans 1:24-26) But it also advocating an effort “to change behaviors or gender expressions or to eliminate or reduce sexual or romantic attractions or feelings toward individuals of the same sex”—an activity that would be prohibited by AB-2943. Must such a book be removed from the shelves of all California bookstores?

Proponents of the bill might point out that “the words of the statute must be construed in context, keeping in mind the statutory purpose.” Valencia, 397 P.3d at 944. And that the purpose here is not to ban the selling of Christian books but has as its target therapists and other such professionals running programs seeking to turn gay people into straight people. Maybe. But that’s not what the words of the statute say. And it would be naïve to assume that a judge hostile to Christian teaching and sympathetic to the gender identity revolution currently in vogue could resist the opportunity to use the plain meaning approach to push forward a favored agenda and silence the voices of those with whom he disagrees.

Bottom line: a state unfair trade practices statute is a very poor choice to use to wage war on conversion therapy. The drafters should have created a separate statutory scheme. But more importantly, the plain and ordinary meaning of the words used in the statute will likely lead to the banning of books offering orthodox Christian teaching on human sexuality. We can hope that the courts would strike such a statute as a violation of the First Amendment. They should. But fidelity to the law has proved to be a fickle thing in these last few years and we ought not to assume anything.