Making a Statement on Gun Control 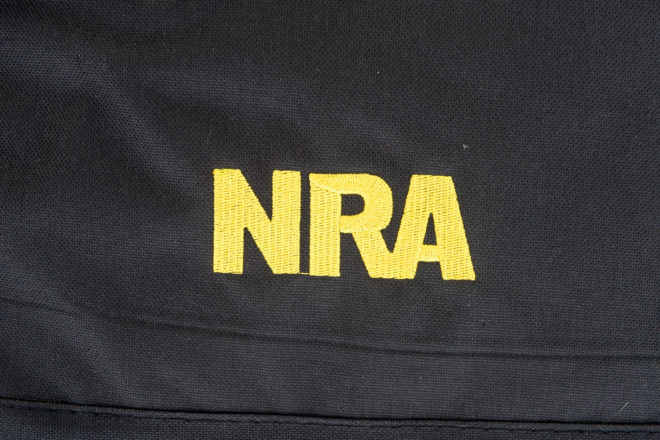 In the wake of last month’s school shooting at Marjory Stoneman Douglas High School in Parkland, Fla., which resulted in 17 students and teachers being killed and another 17 injured, gun-control activists, frustrated with their relative failure to enact sweeping bans and restrictions on firearms ownership, resorted to scapegoating the National Rifle Association and its supporters, and launching a social media campaign to pressure companies that offer certain services, discounts, or other perks to NRA members to sever their relationships with the organization.

Many have even absurdly claimed that the organization, devoted to preserving individuals’ inherent and constitutionally protected right to self-defense, was a “terrorist organization,” and that it had “blood on its hands,” because one disturbed young man used a gun to cause a horrendous tragedy (notwithstanding numerous opportunities and failures of federal and local government authorities to intervene, and possibly prevent such an attack). Moreover, despite the media hysteria and predictable drumbeat for more gun control surrounding each and every school shooting, the number of kids getting shot and killed in schools has actually declined significantly since the 1990s, as have crimes rates (including gun crimes) generally.

While the boycott effort did succeed in convincing some businesses to abandon their corporate partnerships with the NRA, it also spurred a backlash that has seen a surge in membership at the NRA and other gun rights groups. Among the first companies to cave in to these tactics was First National Bank of Omaha.

As it happens, I had been a longtime customer of FNBO with an online savings account (which I had established back when they paid an interest rate of 6 percent, before the Federal Reserve’s zero interest rate policy pretty much destroyed savings accounts as an investment vehicle). And, since political activism in business relationships works both ways, I decided to voice my displeasure with the company’s cowardice by demanding that it close my account. Below is the letter that I sent to FNBO.

It was with great sadness and frustration that I read First National Bank of Omaha’s statement that it would not renew its contract with the National Rifle Association to offer its NRA Visa Card. As a result, after being a loyal customer for nearly 11 years, I request that you immediately close my FNBO Direct online savings account.

Banks have long sought to project an image of stability in trying to attract or retain customers. Yet, it hardly projects strength and stability when a company can so quickly be cowed into endorsing the views of those who would infringe upon on a fundamental right, as a result of a social media campaign waged by those reduced to emotional – not rational – arguments, and the special-interest organizations eager to exploit them to advance a pre-existing political agenda.

As for the substance, such as it is, of the gun-control advocates’ arguments, the contention that the NRA somehow has blood on its hands is ludicrous. Would these same people likewise blame the truck used to kill 86 people and wound hundreds of others on Bastille Day in Nice, France, in 2016 – or the AAA, which advocates for motorists and their “vehicles of war”?

The AR-15 “assault weapon,” which has been the focus of so many in favor of gun control, is not, as many have alleged, a “military-style weapon of war.” Contrary to some uninformed claims, AR-15-style rifles are commonly used both for self-defense and hunting; in fact, it is their versatility that has made them so popular with the gun-owning public. As a semiautomatic weapon, the rifle fires a single round every time the trigger is pulled, just like a typical revolver.

Fully automatic rifles, which fire multiple rounds per trigger pull, manufactured after the passage of the Firearm Owners Protection Act of 1986 are illegal except for the military, law enforcement, and dealers with a special license – and civilians have been prohibited from owning imported machine guns since 1968. Machine guns made prior to 1986 may still be owned, but they require an extensive application process that includes a special tax, registration with the federal government, the submission of fingerprints and photos, and, of course, a background check. Their ownership may be further restricted or banned by state laws. The fact that no new machine guns have been able to come onto the civilian market for more than 30 years also means that they are quite rare, and thus quite expensive, oftentimes exceeding $10,000, or even $35,000. Since the imposition of the National Firearms Act of 1934, there have only been two or three murders involving legally owned machine guns (one of which was committed by a police officer against a drug informant), and even deaths from illegally obtained machine guns have been vanishingly rare. In short, they are very expensive, fairly rare, heavily regulated, and are not being used to commit crimes in any noticeable numbers – if at all – much less the kind of mass shootings depicted in the news.

Incidents of gun violence are tragic, but the solution is not to deprive all of society of the most effective means of exercising their inherent right to self-defense and the defense of their property – including the armed security that protects bank customers’ deposits and other bank assets, for example – thereby guaranteeing many more future victims of those unwilling to obey gun laws anyway (not to mention laws prohibiting murder!), no matter how strict. There is no single solution to the problem, as there is no single cause. Mental illness, side effects from powerful prescription and recreational drugs, lax security, the establishment of “gun-free zones” which ensure large numbers of targets incapable of defending themselves from attack, and cultural/societal factors all contribute to it, and these cannot be adequately addressed through knee-jerk, “There ought to be a law!” proposals (especially, as noted previously, without violating the fundamental liberties of millions of Americans). In fact, added government restrictions tend to only make these problems worse.

In any event, if FNBO is to weigh in on hot-button political issues, I would have hoped that it would come down on the side of reasoned discourse and protection of the unalienable individual rights that have allowed the United States to remain one of the freest and most prosperous nations the world has ever seen. I am profoundly disappointed that it has failed to do so in this case, and so I must terminate my long business relationship with the company.