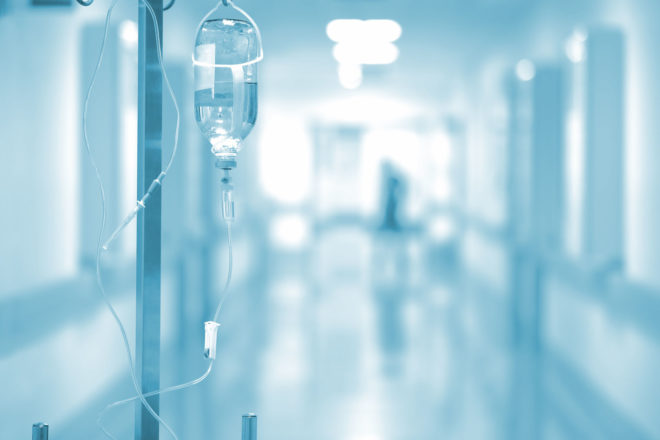 A little over a week ago, I wrote a piece addressing some common misunderstandings and misleading arguments against recent federal right-to-try legislation. Since that short time ago, it seems countless articles expressing more confused ideas and misleading criticisms have made their way into major media outlets.

The legislation they are attacking is Senate Bill 204. The bill would enable terminally ill patients to access experimental drugs without the FDA’s approval. Patients could receive access with the help of their doctor, consent from the drug producer, and approval by their state government approval. If passed, Senate Bill 204 would provide a decentralized method to prolong the lives of the terminally ill.

Since 2001, 38 states have passed right-to-try legislation. Last August, the bill passed in the U.S. Senate with unanimous consent. In the past few months, top political figures, including President Trump and Vice President Pence, have thrown their support behind the bill and called for the House of Representatives to act quickly and pass it. But widespread grassroots and political support now appears at an impasse.

It appears significant changes to the bill are likely if it is to pass through the House. As one article notes, “a change to the wording (or a new bill altogether) is inevitable.” Similarly, FDA Commissioner Scott Gottlieb is pushing for a narrowed definition of “terminally ill.”

But why now, after passing in red and blue states and bipartisan support from the Senate, is there such a pressing need to moderate the bill? There are many criticism of the proposed legislation. I find few of them are convincing and none of them a cause to dilute the bill.

Perhaps the most common argument against right-to-try is that the FDA’s compassionate use program largely serves the same purpose and approves most applications to access experimental drugs. I have written on the shortcomings of this approach here.

Another common criticism is that physicians do not know enough about experimental drugs to effectively supervise patients seeking right-to-try access. Thus, experimental-drug access may not be handled appropriately.

But this argument ignores that physicians and pharmaceutical companies commonly find effective uses for drugs without the FDA. So called off-label drug prescriptions–prescribing drugs for purposes other than their approved FDA use–accounts for about 25 percent of all prescriptions. This rate steeply increases when treating cancer and other terminal diseases.

Then there is concern that the bill provides legal protection for drug providers, which in the words of one CNBC article, allows drug companies to “circumvent the FDA and sell dangerous medicine to desperate people.”

The term “dangerous” is misleading. All drugs, whether approved or unapproved by the FDA, are potentially dangerous. According to one estimate, taking a daily aspirin is responsible for over 3,000 deaths a year. The relevant issue for policy makers, medical professionals, and patients is the relative risk of taking experimental medication.

But who would know whether the risk is worth taking better than the patient, the doctor, and the drug provider? The FDA, with all its expertise, doesn’t know why previous treatments failed or why other parties agree that unapproved mediation is worth a try. When the known alternative is certain death, we would expect patients to willingly accept a fair amount of risk.

Although chances may be slim, right-to-try has prolonged lives in the past. In 2012, Ted Harada was dying from ALS. His condition granted him access to an experimental procedure through Georgia’s right-to-try laws. In an unprecedented medical breakthrough, Ted was able to stop and reverse his ALS symptoms!

Not only was Ted’s recovery the first of its kind but, according to an article from the Washington Post, “Ted was told the treatment would not help him” and that “he was part of a Phase I safety trial, whose sole purpose was to prove the procedure would not kill him.” If Ted wasn’t granted access (very few were), he could not afford to wait an additional 9 years for FDA approval.

Lastly, some have raised concern that right-to-try access might be too expensive for terminally ill patients. In the words of Wayne State University Physician David Gorski,

A terminally ill patient could easily go bankrupt before he dies, and many couldn’t access experimental therapeutics through such laws in any event because they simply don’t have the money or the fundraising wherewithal to do so.

This passage highlights an important economic reality. The expensive and time-consuming process to have a drug approved can prohibit drug companies from engaging in efforts which do not impact their product’s ability to get approved. This includes opportunities for the terminally ill.

Consider the case of Josh Hardy, who suffered from a rare and deadly form of kidney cancer. In 2014, after receiving a serious inflection stemming from a bone marrow transplant, Josh’s physicians asked Chimerix Inc for experimental access to a drug they believed could help him. Unfortunately, Chimerix did not have the funds to provide experimental access and needed to devote its financial resources to the formal approval process. Josh was denied access twice.

Fortunately, a social media campaign by Josh’s family and coverage from major media outlets provoked the FDA to grant Chimerix, “an immediate initiation of a pilot trial.” Thankfully, Josh was eventually granted access.

Upon deeper inspection, it seems the conventional arguments against right-to-try come up short. But then why is the legislation under fire and likely to be revised? Unfortunately, the answer may be politics.

Consider remarks by Alison Bateman-House, an assistant professor in the Division of Medical Ethics at the NYU School of Medicine, who asked in her recent Forbes piece, “Why, then, do right-to-try advocates want to scapegoat the FDA?” Her answer? “Simple. Right to try was conceived by—and has been heavily lobbied by—an antiregulatory libertarian group.”

On the surface, right-to-try laws look like humanitarian relief from regulatory barriers for last-gasp treatments. Under the surface, however, they’re insidious. They don’t offer patients any legal or financial safeguards, they don’t improve access to drugs, and their real goal—here’s where the Koch brothers come in—is to weaken drug regulations in a way that will hurt every American