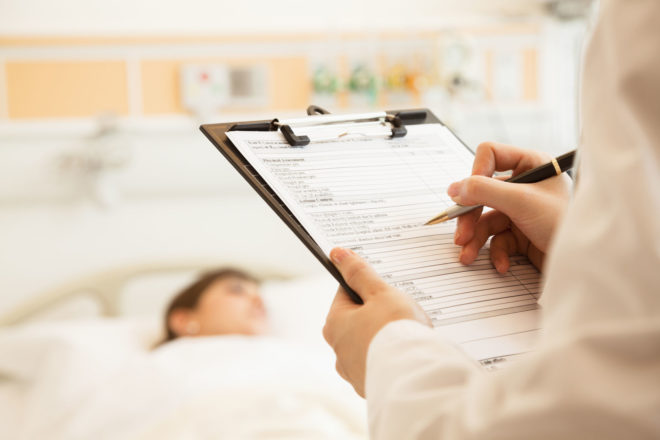 In a recent press release, Congressman Jason Lewis (R-MN) urged the House of Representatives to pass recent ‘right-to-try’ legislation “as soon as possible.” Lewis also said, “I want each and every treatment option that could save a life to be available to those who are sick” and that “Families are depending on us.”

Long before these calls to action, right-to-try laws had gained widespread popularity and acceptance at the state level. Since 2001, 38 states passed right-to-try legislation. In early 2017, a STAT article described right-to-try “becoming law of the land.”

Whether “law of the land” or not, current legislation is a clear step in this direction.

Senate Bill 204, would allow terminally ill patients to receive experimental drug access without the FDA’s approval. Instead, the patient would only need permission from their physician, the drug provider, and their state government.

The bill passed in the Senate last August but is facing an uphill battle in the House. The primary rhetoric impeding its progress is alarm that the bill would undermine the FDA’s authority. Among many holding this view is Kelly McBride Folkers, a research associate at the NYU School of Medicine’s Division of Medical Ethics, who recently wrote in a STAT piece:

The clinical trial process exists for a reason: to measure the effectiveness and safety of new drugs before they are released into the market. While our health care systems must try to help individual patients who want access to potentially lifesaving treatments, they must also protect the public’s health and the interests of future patients. This requires a delicate balancing act. By circumventing clinical trials, right-to-try legislation disrupts a system that exists for good reason.

Determining whether or not drugs are safe and effective is critical. However, right-to-try laws only apply to terminally ill patients who have exhausted all other options. It is inconceivable that granting them access would hinder “the public’s health and the interests of future patients.”

Further, the legislation would only allow access to experimental drugs and procedures that passed Phase 1 of the FDA’s approval process, which specifically tests for safety. Right-to-try allows patients to bypass Phase 2, Phase 3, and the new drug application process. These can take up to nine years to complete.

The clinical process is also biased against participation by those needing it most. If patients are too sick to travel (or too sick, period), they are often excluded from drug trials to avoid skewing statistical results.

As an alternative to right-to-try, and as a compromise to the current approval process, the bill’s critics often refer to the FDA’s compassionate use program. The program allows terminally ill patients to access experimental drugs and procedures before they are fully approved, but this also requires FDA approval. As a recent Bloomberg piece notes, “The FDA already allows ‘compassionate use’ of medicines still in development, approving almost every one of the applications it receives within days, if not hours.”

The program does seem to accept the vast majority of applications. But this is beside the point. The issue is not how frequently the FDA makes an exception (to its own rules). The issue how many dying patients have access to potentially lifesaving medication. Under this metric, we find the compassionate use program is a start at best.

From 2005 to 2014, the FDA received 8,922 compassionate use applications, or about 1,000 a year. This is a small fraction of the over 25,000 people who die yearly waiting for federal regulators to approve lifesaving medication. With only about 4 percent of terminally ill patients receiving access, attempts to balance compassion with regulatory authority appears to be a poor substitute for deregulation.

Do not be fooled by good intentions and rhetoric. Helping the terminally ill get access to unapproved treatment options while maintaining the FDA’s regulatory role is no balancing act. It is a justification to preserve cruel and unwarranted rules that do more harm than good. This injustice is exactly why the right-to-try message has earned widespread support and attention from top political figures.

For the patient’s sake, I hope it will be enough.