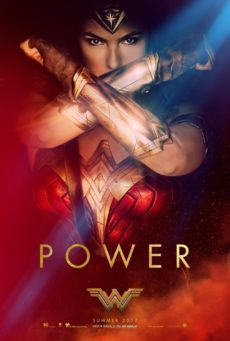 The dust up prompted by iconic filmmaker James Cameron’s critical comments of Wonder Woman, and by implication, director Patty Jenkins, may have triggered a long overdue discussion over the validity of gender stereotypes in Hollywood.

Cameron called Wonder Woman, the summer blockbuster, “a step backwards” for strong female characters in an interview with The Guardian. Wonder Woman is “an objectified icon, and it’s just male Hollywood doing the same old thing!” He offered up Sarah Connor, his heroine in the Terminator movies, as the alternative. Sarah Connor, he said, “was strong, she was troubled, she was a terrible mother, and she earned the respect of the audience through pure grit.”

Jenkins, not surprisingly, hit back hard, writing in part, “But if women have to always be hard, tough, and troubled to be strong, and we aren’t free to be multidimensional or celebrate an icon of women everywhere because she is attractive and loving, then we haven’t come very far have we.”

Jenkins is right. Kudos to her for standing up to the iconic director of Titanic, Aliens, The Abyss, Terminator, Avatar, and schooling him on what writing strong characters is all about, female or male. Just a little reflection on character development shows that Cameron’s superficial take on female characters is far more typical of Hollywood than Jenkins’ more grounded and polished artistic approach.

Strong characters have (at least) five key characteristics that define their actions and personalities:

The characteristics that Cameron identifies—troubled, deeply flawed, anti-heroes—are superficial, genre driven and ultimately manufactured personality defects that are culturally defined. They work because they are going against existing cultural norms, creating tension and conflict, which is the root of story. These characters often become caricatures, subservient to the plot rather than becoming an integral part of the story.

Sarah Connor in Terminator 2 is a case in point. The story would not be significantly different if the character were male. The part was simply cast with a female in the lead. Connor’s identity as a woman does not change the role, or the plot, or the movie in a fundamental way. (Try this exercise: what in the script or story would have to change if the lead role was the father, not the mother?)

Cameron’s Sarah Connor is a strong character because she fits the mold of what Hollywood has defined as a strong male action hero. She is strong in form, but not substance in terms of gender and her identity. Ironically, if screenwriters followed Cameron’s advice, all strong women characters would be simply male characters dressed in women’s clothing. (A recent example of this is Atomic Blonde, where the psychological distinction between main character, Lorraine played by Charlize Theron, and, say Jason Bourne, is virtually nonexistent.)

Wonder Woman the movie was refreshing because Patty Jenkins ensured that Diana, the lead character, had dimension and layers that were part of her gender. She never abandoned her identity as a woman. Yes she could fight, but Diana also has deep, core values that reflect compassion and the respect for human dignity, bred during her childhood among the female Amazon warrior demigods. Diana makes choices based on this moral core that makes her human and heroic.

As a character, Wonder Woman has a very strong personal identity defined by her own understanding of her place in the world. She interacts with all characters (male politicians and military officers) as peers. Her choices significantly change the trajectory of the story, and she takes full personal responsibility for those decisions and actions. She also exhibits courage even when faced with tremendous self-doubt and seemingly overwhelming odds.

The point is not that Wonder Woman is necessarily a stronger character than Sarah Connor. Rather, both are strong characters. But they are different types of characters. Wonder Women, embodied in Diana, has not rejected her feminine worldview or gendered sense of personal identity. James Cameron, however, forced his female characters to erase those identities to convert her into a typical, genre specific action hero.

Hollywood needs more Dianas and fewer Sarah Connors if it wants to portray the true complexity and diversity of the human experience. Our stories and movies will be better for it. Wonder Woman has done as well as it has at the box in no small measure because audiences have connected to Diana and embraced her in all her human complexity despite her superhuman powers.