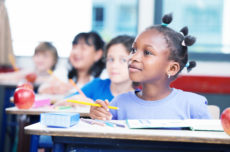 Opponents of parental choice in education have been in overdrive portraying private school scholarships (and by association, those who support or use them) as racist to diminish their popularity. Results from a new national poll suggest opponents’ strategy isn’t working.

According to the 11th annual Education Next  poll public support for a variety of private school choice options has increased, and it is especially strong among Black and Hispanic Americans.

Privately-funded tax-credit scholarships are the most popular private school choice option, with majorities of Americans supporting them (p. 11, question 12a), including:

A plurality of Americans also support publicly-funded voucher scholarships, and opposition to them has declined in the past year—no matter how the questions are phrased, according to the poll authors:

When asked whether they favor universal vouchers—giving vouchers to “all families” in order to give parents a “wider choice”—only 37% of the general public express opposition, down from 44% a year ago. Supporters, at 45%, now have a clear plurality. Opposition to vouchers for low-income parents to give them “wider choice” also fell, from 48% to 41%, while the level of support ticked upward from 37% to 43%. ...in three of the four phrasings of the voucher question—the two that emphasize choice and the one that emphasizes the use of government funds to support low-income families—we find a decline in public opposition. In no instance do we find a slippage in support, and in the case of vouchers for low-income parents we see an increase of 6 percentage points. (Emphasis added. See also pp. 12-13, questions 13a-d.)

Among Hispanics 49% support universal vouchers, and 54% support low-income vouchers to give families “wider choice.” (Results for Blacks were not reported because of the sample size.)

The newest form of parental choice are education savings accounts (ESAs). They work similarly to health savings accounts (HSAs) and have been enacted in five states since 2011, starting with Arizona followed by Florida, Mississippi, Nevada, Tennessee, and most recently North Carolina.

Parents who do not enroll their child in a public school inform the state, and it deposits at least 90% of their child’s associated state funding into an ESA instead. Parents are issued a type of dedicated-use debit card for education purchases, including private school tuition, tutoring, special education therapies, online courses, and testing fees. Unused funds roll over each year for future education expenses, including college tuition under some states’ programs. Funds are disbursed quarterly, and parents must submit expense reports with receipts for verification before additional funds are deposited. Parents are also subject to criminal prosecution if they do not comply with spending rules, and any misspent funds must be repaid.

The poll authors explain that ESAs are “the most recent choice proposal, [and] have yet to capture public support. In theory, the concept might appeal to those who think taxpayers who don’t use public schools should get other benefits instead—and to proponents of allowing parents even greater flexibility and choice than vouchers offer them. But the general public has yet to embrace that logic,” with a 37% approval rating. However, ESAs garner higher approval ratings among certain populations, including 50% of Blacks and 45% parents. (See p. 15, question 16.)

Another national poll of likely voters, as opposed to the general public, released earlier this year found that since 2015 overall support for ESAs has grown from 66% to 69%. Support among Latino voters has increased from 71% last year to 76% this year, and fully 80% of Millennial voters support ESAs.

In spite of opponents’ efforts to disparage parental choice in education, parents and the American public don’t seem to be listening.