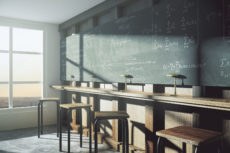 Are you now, or have you ever been, a supporter of the right of parents to choose their children’s schools? Then you’re a school choice deplorable.

At least, that’s what some school choice opponents want us to believe.

It’s no secret that President Trump and Education Secretary Betsy DeVos are long-time school choice supporters. Opponents are fighting back by portraying private school vouchers, and by association those who use or support them, as racist.

On the heels of DeVos’ confirmation as Education Secretary, the “progressive” Century Foundation fired an opening salvo with a report suggesting that vouchers could hurt school integration. Shortly thereafter the also “progressive” Center for American Progress released a study proclaiming that the origins of private school vouchers are “racist” and their history is “sordid.” A few days later American Federation of Teachers president Randi Weingarten referred to private school choice as a polite cousin of segregation. And just last month The New York Times ran a column purporting to expose what “government school” critics are really all about, namely, segregation.

But their strategy is backfiring in a big way.

Without any federal intervention the number of private school choice programs in the states has nearly tripled in the past decade, from 23 programs in 2008 to 63 programs as of July 2017. Altogether these programs are assisting more than 1.3 million students and families. Absent these programs participating students would be trapped in schools that weren’t working for them.

Yet we’re supposed to believe that the millions of parents exercising private school choice for their children are racist.

But what about the majority of Americans who also support private school choice? Guess we’re racist, too.

Looks like we’re going to need a bigger basket for all those school choice deplorables.

Better yet, we should be looking for a dumpster large enough to contain the discredited claims and selective history being churned out by parental choice opponents.

The reality is that none—not one—of the 10 empirical studies to date has ever found that school choice worsens ethnic segregation. In fact, nine of those studies showed it promotes integration, and one found no effect. Additionally, abundant scientific evidence demonstrates the positive effects of private school choice on achievement, public school performance, fiscal impacts, and civic values, according to EdChoice Friedman Fellow Greg Forster. “[I]n light of the data,” says Forster, “speculation ought to give way to reality.” (See also here, here, here, and here.)

School choice opponents are trying to re-write history instead.

Katherine Stewart, for example, claims in her New York Times opinion column that “attacks on ‘government schools’” originated with “a particular form of Christian fundamentalism” during the Reconstruction Era. The Reason Foundation’s books editor Jesse Walker aptly discredits what he calls her “sloppy history” by pointing out that one of the earliest critiques of government schools was actually made by prominent abolitionist Gerrit Smith in 1858—decades before the sources cited by Stewart. Among Smith’s chief objections to government schools was that they’re oppressive, to minorities, the poor, and immigrants—including Catholics. Such oppression was a leading reason why Smith believed government should have nothing to do with education, as he explained in his 1851 speech “The True Office of Civil Government” (starting on p. 18. See here also).

Likewise, to justify its claim that vouchers are racist the Center for American Progress “plays fast and loose with the facts to offer a warped and historically inaccurate history of school choice,” says Frederick M. Hess, American Enterprise Institute education policy studies director. The CAP authors would have us believe that vouchers originated with members of “the massive resistance” in southern states opposed to the U.S. Supreme Court’s 1954 Brown v. Topeka Board of Education desegregation ruling. Hess sets the record straight by noting that Thomas Paine was advocating vouchers back in 1791. A case could even be made that vouchers trace back to Adam Smith, who advocated for privately financed education in 1776.

Weingarten, however, stands out for glossing over the government school system’s actual civil rights record. And the condemnation from parental choice leaders has been bi-partisan, blistering, and extensive.

Kevin Chavous, founding member of the American Federation for Children (which DeVos led before becoming Education Secretary) and former member of the Council of the District of Columbia, didn’t mince words, stating that “the hypocrisy coming out of the mouth of Randi Weingarten reeks.” Equating private school choice with racism, according to Chavous, is spitting in the face of minority parents and children. “The private school reality for most American children of color started because black folks weren’t getting a fair shake with traditional public schools,” he insisted.

To understand the system Weingarten and “her fellow travelers have advocated for,” adds Derrell Bradford, Executive Vice President of 50CAN and Executive Director of NYCAN, just “look at New York... the former seat of [her] power...you should have the most integrated schools in America, but in practice you have the most segregated public schools possible...[that system] is actually the biggest, most pernicious engine of segregation in American culture. Period.” Blaming private school choice for this rotten state of affairs, according to Bradford, “is the worst sort of chicanery from the AFT, from the NEA, from CAP, and all the other acronyms that don’t want to provide the full range of options to African-American low-income families, in particular. And they know better...”

“[P]oor low-income, mostly minority children are disproportionally assigned to public schools with letter grade D or F,” explains Darrell Allison, President of Parents for Educational Freedom in North Carolina, “So when we make broad strokes statements that public schools are places of ‘endless opportunities’ or ‘public schools are great,’ you know for that low-income parent in North Carolina, when faced with the reality of schools the system assigned their precious child to, there’s nothing great about that.”

Peter Cunningham, assistant communications and outreach secretary for the U.S. Department of Education during the Obama administration, also blasted Weingarten’s revisionist history. “No institution in America has done more to perpetuate segregation than public schools,” he insisted. “Until 1954, segregated schools were legal in America and it was the standard practice in much of the South.”

Cunningham also takes aim at the prevailing system of compulsory assigned schooling, which he considers the “equally pernicious...structural segregation all across America, where zoned school systems maintain racial and economic segregation. Some parents of color have been jailed for trying to enroll their children in schools where they don’t live.”

Opponents who defend this system by trying to equate choice with racism are also curiously silent about recent history.

In contrast to the teachers union movement, Cunningham notes that the parental choice movement:

... is not run from an office building in Washington just steps from the U.S. Capitol. By definition, the choice movement is decentralized, uncoordinated, and organic. It’s the product of individual decisions of 10 million parents all across America who have opted out of the traditional public school system for personal reasons, whether it’s religion, safety, racism, or low quality. ...Many ‘choice’ parents are unionized public school teachers.

While parental choice is growing by leaps and bounds, Center for Education Reform founder Jeanne Allen explains, “The AFT has been steadily losing members. ...This is the real reason Randi Weingarten has picked a reprehensible fight.”

And this fight can be boiled down to two words: power and control.

According to Dr. Howard Fuller, a Distinguished Professor of Education at Marquette University, Board Chair of the Black Alliance for Educational Options, and former Superintendent of Milwaukee Public Schools, “Randi [Weingarten] is doing what she can do so that the people that she represents can maintain control and power over a system,” Fuller explained, “And the threat of vouchers and charter schools...is reducing the number of people who are under her control.” In contrast, says Fuller, “What we’re attempting to do is give more power to low-income and working-class parents, to give them some of the options that...the people who oppose parent choice have for their own children.”

Ultimately, opponents are hoping that the American public will associate school choice with racism and Donald Trump, or “guilt by association,” as Fuller put it. But opponents’ attempted historical sleight of hand is also a slap in the face to civil rights activists like Fuller, who insists:

“I want to make it very clear that parent choice for black people was a battle that took place before Donald Trump was ever born.”

And the fight for full parental rights over their children’s education will continue long after Trump’s presidency.

But some things are clear from this latest battle.

The real school choice deplorables aren’t the parents seeking hope for their children sentenced to failing government schools, or their allies fighting to spread the truth about educational choice.

The real school choice deplorables are the special interests profiting from the status quo.