Is the Largest Cost of Federal Regulation Not Measured? Insights from the (Growing) Wells Fargo Bank Scandal 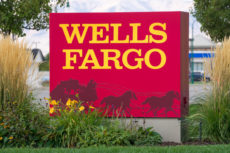 A widely-cited study by W. Mark Crain and Nicole V. Crain estimates the cost of complying with U.S. government regulations at a staggering $2 trillion per year, an amount equal to 12 percent of gross domestic product. Annual compliance costs average about $10,000 per employee. Businesses in the service sector shoulder the biggest burden among all sectors, with compliance costs approaching $460 billion annually.

Despite the enormous compliance costs associated with federal regulations, it is possible that the largest regulatory cost of all might be unmeasured. I call this cost the “misplaced trust” cost, and it is illustrated by the recent scandals at Wells Fargo Bank.

As I recount in my 2016 op-ed for the San Francisco Chronicle:

Since 2011, thousands of Wells Fargo employees pursued compensation incentives by secretly opening millions of bank and credit card accounts using customer names and signatures without authorization. Debit cards and PINs were activated without consent. In some cases, employees conjured phony email addresses to enroll their victims in online-banking services. Some clients suffered major hits to their credit scores and may spend years repairing the damage. The fraud was so common that employees had a name for it: sandbagging.

But the story gets worse. This month the nation’s top bank regulator admitted that it was aware of 700 whistleblower complaints related to Wells Fargo’s sales tactics as far back as 2010 but it failed to investigate them. A newly released report by the federal Office of the Comptroller of the Currency (OCC) finds “the OCC did not take timely and effective supervisory actions after the bank and the OCC together identified significant issues with complaint management and sales practices.” Despite 700 “red flags” alerting federal officials to the fake accounts, regulators did not act.

The Wells Fargo scandal points to a serious problem with federal government regulation: It creates the false impression that regulators are actually “protecting the public,” and in the case of financial regulations, that they are “preventing financial calamity and chaos.” In fact, by creating this false impression of public protection, regulation creates perverse incentives for the public not to take steps to effectively protect themselves in their local communities, resulting in criminal activity and financial meltdowns.

The belief among Wells Fargo’s customers that the OCC and other federal financial regulators are protecting them resulted in most bank customers not knowing anything about the financial health or operations of the bank they choose to entrust their money with. For example, federal deposit insurance creates incentives for bank customers to not inform themselves about their bank or care about reckless bank investment decisions. This moral hazard contributed significantly to the savings-and-loan debacle of the 1980s and 1990s (see, for example, this article from The Independent Review).

A lack of customer oversight contributes to the overly risky and criminally fraudulent behavior of financial institutions. The S&L crisis illustrates this effect, but so does the Wells Fargo scandal and the disastrous malinvestment in housing by banks during the run-up to the Great Recession.

Also, belief among the public that federal officials will track down and prosecute corporate criminals, such as those who operated the scheme at Wells Fargo, results in public complacency and people not demanding state and local prosecutions that otherwise would be conducted and would actually jail wrongdoers. I suspect that the City and County of San Francisco acting with the California Attorney General could yield more prosecutions, more jail time, and stronger deterrence than federal officials will ever achieve regarding Wells Fargo’s criminal activity (the bank is headquartered in San Francisco and likely committed a large percentage of its unauthorized account activity in California).

Instead, in the case of Wells Fargo, federal government agencies have responded by demanding their piece of the action, not by prosecuting wrongdoers. On September 8, 2016, Wells Fargo was fined $100 million by the federal Consumer Financial Protection Bureau and $35 million by the OCC, an agency, ironically, that failed to investigate the abuses. But unless guilty people are held personally accountable for their criminal behavior, the wheels of justice will have yet to turn. Wells Fargo employees committed large-scale criminal fraud, not simply “aggressive sales tactics,” and it is law enforcement’s responsibility to bring them to justice.

The largest cost of government regulation, therefore, might be the unmeasured “misplaced trust” cost: (1) the belief by customers that regulators are actually doing something beyond imposing paperwork compliance costs so that customers underinvest in information gathering; and (2) the belief by customers that federal officials will actually “get to the bottom” of scandals and hold perpetrators accountable instead of demanding prosecutions by local authorities for crimes committed in their local communities. Misplaced trust in regulators ultimately creates enormous costs to the economy.

Centralized government officials headquartered in Washington, DC, have proven repeatedly that they will not effectively investigate, prosecute, and deter corporate criminal behavior, financial or otherwise. Informed customers and local law enforcement would do a better job of holding corporate criminals accountable and preventing widening abuses.