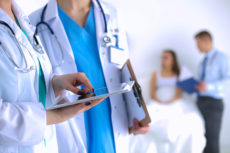 Readers know I disagree with using measurements of “coverage” as measurements of access to health care. New data from the Louisiana Department of Health, which cheers the expansion of Medicaid dependency in the state, shows (unwittingly) exactly why.

Healthy Louisiana’s Dashboard shows that 402,557 adults became dependent on Medicaid as a result of Obamacare’s expansion. The Department notes benefits for some sick people. For example, screening resulted in 74 people being diagnosed with breast cancer and 64 diagnosed with colon cancer.

The Dashboard stops there, not telling us how those newly diagnosed were treated. (Medicaid patients often receive treatment later than privately insured.)

However, there is another, likely bigger problem. Of these almost half million newly dependent, only 62,742 received “preventive healthcare or new patient services.” As David Anderson of the Duke-Margolis explained to me on Twitter, this number excludes those who became dependent on Medicaid but who were already being treated or did not get any treatment. That is, the Medicaid enrollment resulted in zero change in access to health care for 339,815 of the newly dependent. That amounts to 84 percent of the population.

Why did these people enroll in Medicaid when they were already receiving care or did not want to receive care? Well, the Medicaid expansion involved a lot of promotion, including enrollment “fairs” in high-traffic areas, so why not sign up and get a balloon or lapel pin or whatever?

More seriously: Those receiving care either paid for it or received it as charity. If they paid for it themselves, we need better understanding of whether or not this drove them into financial distress. If they received charity care, taxpayer funding is unnecessary.

Of course, most of the privately insured population at any given time is healthy. However, they are paying for “insurance” and cannot just get it whenever they want. People who get Medicaid do not need to enroll in open season: They can sign up when they get sick.

So, measuring health reform’s success by the number of people covered by Medicaid expansion is a very, very poor way to estimate increased access to health care.