Calexit 2018? The Movement Is Beginning 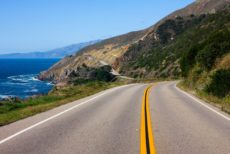 The Sacramento Bee reports that “[b]ackers of a proposed constitutional amendment seeking California’s secession from the U.S. can begin collecting voter signatures to qualify for the 2018 ballot, the [California] secretary of state’s office said Thursday.” Support for this initiative is strong, with one in three Californians saying they are ready to leave the Union. So what is driving the effort at secession? According to yescalifornia, a website organizing the effort to gather signatures, the case for independence is summed up as follows:

In our view, the United States of America represents so many things that conflict with Californian values, and our continued statehood means California will continue subsidizing the other states to our own detriment, and to the detriment of our children.

Although charity is part of our culture, when you consider that California’s infrastructure is falling apart, our public schools are ranked among the worst in the entire country, we have the highest number of homeless persons living without shelter and other basic necessities, poverty rates remain high, income inequality continues to expand, and we must often borrow money from the future to provide services for today, now is not the time for charity.

However, this independence referendum is about more than California subsidizing other states of this country. It is about the right to self-determination and the concept of voluntary association, both of which are supported by constitutional and international law.

It is about California taking its place in the world, standing as an equal among nations. We believe in two fundamental truths: (1) California exerts a positive influence on the rest of the world, and (2) California could do more good as an independent country than it is able to do as just a U.S. state.

A long look at the website indicates that the Calexit folks see the U.S., especially with the election of Trump, as not progressive enough. Thus, they are working to make the People’s Republic of California a reality.

Although I have little sympathy for most policies that come out of California, this campaign has many upsides even if it does not achieve independence. The first is to show Americans that Secession Is Not a Dirty Word. The U.S. was created by a secessionist movement from the British empire, and it is amazing that the idea of self-determination is held in such low esteem today. What a great educational opportunity for Californians and all Americans to learn about our forgotten and suppressed history. Second, all too often secession is simply associated with the War Between the States and is dismissed as being part and parcel of racism. Secession and state sovereignty, however, are not Southern, states’ rights doctrines, but have been appealed to by states from all parts of the Union: Pennsylvania, Massachusetts, Ohio, Wisconsin, and others. (For a discussion of this, see Chapter 4 in my book, Reclaiming the American Revolution: The Kentucky and Virginia Resolutions and Their Legacy).

Yes, this will be an interesting movement to watch. I’ll post more on this matter in coming days.

For lessons on the formation of the United States and the sovereignty of the states, please see the Independent Institute’s widely acclaimed book: Crossroads for Liberty: Recovering the Anti-Federalist Values of America’s First Constitution, by William J. Watkins, Jr.