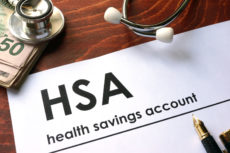 One of Donald Trump’s campaign promises was to make Health Savings Accounts more widely used. The purpose of HSAs is to give patients greater control over health spending and to reduce the share of spending controlled by insurers. Unfortunately, the 2003 law that established HSAs requires they be linked with a highly regulated type of health insurance policy.

These policies, like all health insurance today, give insurers power to dictate prices instead of allowing prices to be formed through interactions between patients and providers (that is, a normal market process). Consequently, these health insurance policies are not as popular as truly consumer-driven plans should be.

Nevertheless, HSAs (which are bank accounts, not health insurance policies) are growing like gangbusters, according to new research from the Employee Benefits Research Institute (EBRI). As I wrote previously, EBRI is a rock-solid member of the health-benefits establishment.

If Trump wants to expand the use of HSAs, EBRI’s evidence suggests he is pushing on an open door. EBRI indicates that at the end of 2015 there were 20 million HSAs, with assets totaling about $30 billion. Over four in five HSAs were opened since the beginning of 2011. Indeed, over half of HSAs were opened in just 2014 and 2015.

Further, HSAs become quite valuable over time. The average balance in an HSA opened in 2004 or earlier (which includes rollovers from an earlier, much more limited type of account) was $33,888. This is because most accountholders are able to save money in them for future health spending (even though accountholders in the 2004 or earlier cohort spent an average of $2,595 from their HSA in 2015).

This is why it pays to open an HSA as soon as possible. Young people understand this: 29 percent of accountholders are under the age of 35.

Expanding patients’ freedom to use HSAs to control health spending directly should be a high priority for the Trump administration.