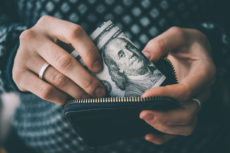 Before the primary elections, Jeb Bush had raised far more money and received more support from major Republican figures than other Republicans in the race; yet he was one of the earlier casualties in the fight for the nomination. In the general election, Hillary Clinton raised far more money for her campaign than Donald Trump did for his. Trump won the primaries and the general election, despite being outspent by his opponents.

Much of the discussion turns on the First Amendment’s guarantee of freedom of speech. If people are prevented from spending money to make their viewpoints heard, this would seem to me (but not to everybody) to be a clear violation of the First Amendment. The 6-5 Supreme Court decision in the Citizens United case shows the division of views on the financing of political speech.

Money influences politics, of course, but the 2016 election shows that those who spend the most are not always able to buy the election outcome they want.