The Last of Those Entertaining Presidential Debates 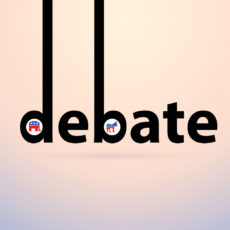 There’s something wrong with a political system that offers voters the choice of two candidates, both of whom are viewed as more unfavorable than favorable by voters. And yet, I find myself in odd agreement with the main messages both candidates are trying to convey to viewers.

I often disagree with politicians, but in this case their messages are very convincing.