Who Benefits from “Right to Try” Laws? 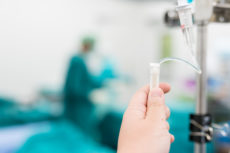 The Goldwater Institute has had great success getting states to pass “Right to Try” laws. Right to Try allows a desperately sick patient to take an experimental new medicine before the FDA has approved it.

Since I last wrote about this in May 2014, 31 states have passed Right to Try. Further, U.S. Senator Ron Johnson (R-WI) has tried to get a federal Right to Try law through the U.S. Senate.

However, there has been pushback. According to Allison Bateman-House of NYU Langone Medical Center, “there is no confirmed instance of anyone getting a drug through Right to Try.” In addition, Jonathan Friedlaender, a survivor of advanced metastatic melanoma, has written a compelling essay in Health Affairs, which concludes Johnson’s proposed federal law would not improve access to experimental medicines.

The problem has two parts. First, research-based drug companies do not distribute drugs under Right to Try because the drugs are usually appropriate for small populations of patients. Every patient who receives an experimental dose outside a randomized-control trial (RCT) is a patient who cannot be enrolled in an RCT. RCTs are very expensive and it is very hard to recruit enough patients. The smaller the pool, the more loathe the drug company is to shrink it by distributing drug early.

Second, even if a drug company uses the current “compassionate use” exemption (which is stricter than Right to Try, which is an attempt to go around its limits), it cannot charge more than the drug’s manufacturing cost. Manufacturing costs are a very small proportion of a drug’s total cost, which is mostly research and development. A company that dispenses drugs for free or charges only manufacturing costs enters a political minefield after the drug is approved by the FDA and it charges the market price.

Right to Try might not be having the expected impact. However, that is no reason to give up. The 21st Century Cures Act is a comprehensive FDA reform bill which was passed overwhelmingly by the House of Representatives and is currently in the U.S. Senate. It would allow drug makers to use more sophisticated statistical methods to get FDA approval. These methods would let them put their drugs on the market sooner and reduce the barriers to access imposed by the current need for RCTs.

For more on the health hazards of pharmaceutical restrictions, visit FDAReview.org.