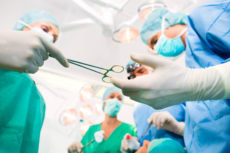 In 2012, Medicare began to penalize hospitals that readmitted too many patients. For a small number of targeted conditions, the program compares actual readmissions within 30 days to what an acceptable readmission rate should be. This measure is an important part of the drive to “pay for value, not volume.” The problem it was meant to address was one of perverse incentives. For example, if a patient who had a knee replacement is readmitted within 30 days because the implant was poorly implanted, the hospital used to profit from that readmission, because the extra costs would just be submitted to Medicare for reimbursement.

Evidence so far suggests that reducing readmissions was low-hanging fruit. In the program’s fourth year, Medicare will penalize over half the nation’s hospitals a total of $528 million, an increase of $108 million over last year. It is a significant increase, but not a money-maker for taxpayers, amounting to just 0.18 percent of Medicare’s expected hospital spending of $287.1 billion in 2016.

Nor was it expected to be a money-maker. It was meant to change hospitals’ behavior, and it has. Although Medicare targeted only a small number of conditions it viewed as highly problematic, the policy had a knock-on effect, too. According to research published in the New England Journal of Medicine, readmission rates for targeted conditions declined from 21.5 percent in 2007 to 17.8 percent in 2015, while readmission rates for non-targeted conditions declined from 15.3 percent to 13.1 percent. Most of the reductions occurred after 2012.

Another analysis indicated that readmissions for acute myocardial infarction (heart attack) experienced the best relative improvement, declining from 17.3 percent in 2010 to 14.3 percent in 2014. Those three percentage points amount to a 17 percent reduction in readmissions, an indicator of how flabby hospitals’ processes were.

However, it is a static, not a dynamic improvement. Doing fewer bad things is not the same as redesigning processes to dramatically improve productivity. Such improvements cannot happen as long as Medicare continues to pay hospitals according to a cost-plus fee schedule. Freeing up hospitals’ prices to respond directly to patients’ demands (like foreign hospitals that cater to cash-paying international patients do) would reduce both unnecessary readmissions and costs.