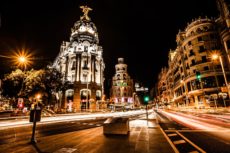 Spain, the Eurozone’s fourth largest economy, has been without a real government since October, when the campaign for a general election kicked off. After an inconclusive result, the country was left in political limbo. That status will change soon due to last week’s elections, which produced a clearer outcome.

Without an effective government, Spain has been doing quite well: the economy has been growing at a faster pace (3.2% annualized) than before, well ahead of Germany, France, et al. Unemployment has been coming down at a faster rate than in neighboring countries (from 25% to 22%, and falling). The less that politicians meddle, the better society goes about its business. It helps that Mariano Rajoy’s center-right government, which engaged in limited reform, had the guts to get rid of industry- and sector-wide collective bargaining in favor of company-specific arrangements and thereby lower the colossal cost of firing.

But, hélas, good things have to end—there will now be a government. Not that any party won an absolute majority in this second attempt, but there is both a clear winner and insurmountable pressure on those who lost to not prevent the leading party from forming a government.

The polls produced two big surprises. One was the victory, with 32 percent and 137 seats in the chamber of deputies, of the center-right Popular Party, led by caretaker president Mariano Rajoy, the most vilified guy in the kingdom, who was thought to be on his way out.

The second surprise was the failure of Unidos Podemos (“United We Can”), the matrimony of the old communists and the new radical-left Podemos, akin to Greece’s Syriza party. Its aim was to overtake the century-old Socialist Party and prepare to ascend to total power at the next general election. An overwhelming number of polls predicted they would do just that, causing widespread anxiety among Spain’s middle classes and in Europe. But, no, the voters took back from them 1.2 million votes compared to last time.

In order to form a government, Rajoy has several possibilities. One is to form a pact with Citizens, a new liberal party (in the European sense), perhaps adding a few more votes from minor regional organizations. This would still fall short of an absolute majority, but the left-wing opposition is under pressure not to stand in the way. Another, more audacious outcome would be to establish a German-like “grand coalition” of the conservatives and the socialists, but the animosity between Rajoy and Pedro Sánchez, the socialist leader whose continuity is now imperiled, does not bode well for such a formula.

Rajoy will continue to govern under more precarious circumstances despite the corruption scandals under his watch and the ill-feelings towards him by vast segments of the population that have become enraged, as so many in other industrialized societies, by what they see as the abuse of capitalist institutions before and after the crisis of 2008/2009, and the inability of the political class to address their concerns.

Rajoy would do well—if Spain does not want to see the rise of more effective populist movements—to engage in bolder reform. Everywhere you look, Europe is teeming with hostility towards people in authority, resentment at globalization and capitalism (of the wrong kind), and fear of new technologies and globalization. It is astonishing that the voters pulled back at the last moment from giving Unidos Podemos a second place that might have made the leftist coalition unstoppable. It is up to their relieved adversaries to make sure that danger does not come back.