Should People Be Allowed to Reveal What Their Government Is Doing to Them? 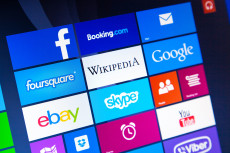 If the government does something to you, should they also have the power to require you not to tell anyone? That’s the issue in a lawsuit Microsoft is bringing against the federal government.

Microsoft claims that over the past 18 months it has had 2,576 orders from the federal government to turn over customer data, with the requirement that Microsoft not reveal that the request was made or the data given.

The Fourth Amendment says that with probable cause, the government can initiate a search. I’m not questioning the legality of the search, but rather the idea that when the government compels you to do something, they also can compel you not to tell people what they made you do. Unless someone agrees beforehand, people should be completely free to reveal government activity they observe.

This case involves compelling Microsoft to turn over customer information from its cloud servers. If the government can require Microsoft to not reveal that search, what if, armed with a search warrant, a narcotics squad breaks down your door and searches your house for drugs? Can they then compel you to not reveal that the search took place? Doing so allows government to cover up its activities and places citizens at far too much risk for government abuse.

Kudos to Microsoft (along with Apple) for helping to protect us from the prying eyes of government.