Apple vs. the FBI: Three Reasons to Side with Apple 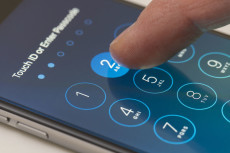 When the story about the FBI wanting Apple to provide it with software to unlock the phone of the San Bernardino killers came out, I considered blogging about it but decided against it. The case was too clearly in Apple’s favor, I thought. Nobody would side with the government. But now I see that popular opinion leans toward the government. Perhaps I should say a few words in support of Apple.

One argument is that the FBI isn’t just asking Apple to turn over information it has. This is nothing like a search warrant. They want Apple to write new software to unlock the phone. They want to force Apple to help them search for information that neither party has. The government has no right to force anybody to provide it services against their will.

I’m surprised that when asked, a majority of Americans side with the FBI on this.