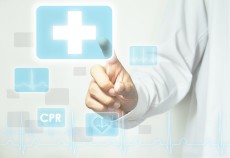 The Blue Cross and Blue Shield Association, which represents 36 Blue Cross and Blue Shield plans covering 105 million Americans, has just released a study of its members’ claims data in Obamacare exchanges 2014 and 2015. It confirms that Obamacare exchange enrollees are sicker and more expensive than enrollees in pre-Obamacare individual plans or employer-based plans. Here I quote four of the study’s findings:

These health plans have not done a great job containing costs in employer-based health plans, either. Those policies’ average monthly health spending increased 8 percent in the first nine months of 2015 versus 2014. However, costs in individual policies increased 12 percent, half again as much. This means the gap in medical spending between the two markets is increasing.

It is understandable that the newly Obamacare-insured would be more expensive than those in employer-based group plans or in the pre-Obamacare individual market. Under Obamacare, people can get coverage without underwriting for health status. So, the sicker people showed up for coverage under Obamacare.

What is surprising is that the problem got worse in the second year of coverage. When combined with enrollment data showing one-quarter of Obamacare enrollees in 2015 dropped out during the year, this supports the case that Obamacare exchanges are not the properly functioning health insurance markets the president promised in 2010, but are effectively just pools for very expensive patients who sign up when they think they will need care and then drop out after consuming it.