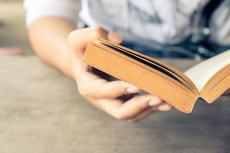 Ayn Rand’s 1957 novel, Atlas Shrugged, tells a story about what happens when the men of the mind go on strike. [Spoiler Alert: Plot details revealed ahead.]

The book’s protagonist, John Galt, is an engineer who decides he is no longer willing to live in a society where others assert a claim over the product of his mind. He convinces others in the productive class to drop out of society with him, leading to an economic collapse when the parasites who live off the productivity of others no longer have those others to prey upon.

Now, in the Apple vs. FBI case in which the FBI wants Apple to write software to unlock the iPhone of one of the San Bernardino killers, several Apple engineers say they would quit their jobs at Apple rather than comply with the government’s demands. Men of the mind, threatening to go on strike. The linked article doesn’t give the names of those Apple engineers, but it sounds like one of them might be John Galt.