Why the Worst Get on Top: Comparative Advantage 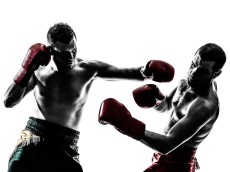 For anyone familiar with F. A. Hayek’s famous 1944 book, The Road to Serfdom, the present electoral campaigning to gain the Democratic and Republican nominations as the party’s presidential candidate cannot help but call to mind Hayek’s chapter, “Why the Worst Get on Top.” As matters now stand, the most likely candidates will be, for the Democrats, Hillary Clinton, perhaps the most hated woman on earth; and for the Republicans, either Donald Trump, a bombastic, vulgar ignoramus whose knowledge of basic economic principles seems stuck in the negative range, or Ted Cruz, a politico so universally disliked on a personal level that, it is rumored, even the members of his own family despise him. Whatever one’s agreement with the foregoing appraisals, no one can deny that each of these individuals elicits great repulsion from tens of millions of eligible voters. Is this state of affairs a peculiarity of this electoral season or is it the kind of situation one might well expect to arise in the generally prevailing circumstances of political life?

My view is that the latter is the case. The rise of reprehensible individuals to the top of the political heap is precisely what anyone with a realistic view of history and a bit of education in public choice theory would expect.

Consider first that politics is a competitive endeavor. In this realm, office seekers and program promoters strive to gain their objectives, each at the expense of others similarly striving to promote themselves, their programs, and their other governmental aims. What sort of person is most likely to succeed in this competition?

When prize fighters compete, they first learn how to avoid, ward off, or soften the opponent’s blows while landing the most and the strongest punches themselves. This form of competition is not for the weak or the timid. Besides having a natural fearlessness and training for personal combat in the ring, the prize fighter must possess a capacity for aggressive assault and battery on another human being. Beating a man senseless is all in a successful day’s work. Those incapable of or averse to such conduct cannot succeed in this line of work.

Likewise, given the institutional, psychological, ideological, and economic realities of the current electoral system in the United States (and many other countries), no one can succeed if he or she is too fastidious about violating a host of moral and legal strictures. Imagine a presidential aspirant who insisted on always telling the truth, speaking clearly without evasion or distortion of the issues; on proposing only feasible and rational policies to promote the public’s general interest, rather than the self-serving plans of powerful special interests; and on steering clear of unnecessary involvement in the affairs of other countries or engagement in quarrels abroad that do not jeopardize the security of Americans in their own territory. To imagine such a candidate is to imagine practically the exact opposite of the present candidates. These malodorous persons are so far from being morally upright, honest, and forthright—not to mention being simply decent by ordinary standards—that claiming they are basically good people seems only to evince how out of touch with reality one is.

Why is it, then, that the virtues and decencies that we generally expect people to have in their private life are so manifestly absent in the people who succeed best in politics and government? The answer lies in the nature of government itself—at least, government as we currently know it all over the world, a system of imposed, involuntary, monopoly rule whereby the system’s kingpins use military and police power along with ideological enchantment to plunder and bully innocent people—and to get away with doing so year after year. Just as only physically tough, fearless, aggressive persons succeed as prize fighters, so only dishonest, slick, evasive, power-hungry, unscrupulous, and vicious persons have what it takes to succeed in a system whose very foundations—violence, aggression, extortion, and misrepresentation—are completely at odds with private standards of just and virtuous conduct.

If someone like me—elderly, small, weak, timid, and untrained—were put in the ring to fight for the heavyweight boxing championship, you would not expect me to survive more than a few seconds. Likewise, if someone like me—someone who respects other persons’ natural rights to life, liberty, and property and who abhors dishonesty, extortion, aggression, and unnecessary violence—were thrown into the political or governmental arena, I would scarcely last much longer. There’s a reason why today’s leading campaigners are such morally ugly individuals: they have a comparative advantage in taking the kinds of actions one must take in order to reach the pinnacle of government power.