Spielberg Chooses Art Over Biography to Elevate The Fabelmans

After making 37 movies, Steven Spielberg could be excused for making a self-indulgent movie. As an aspiring filmmaker in an age when most people saw “moving pictures” as entertainment and not real art, he would naturally feel out of step. Now, with his movies grossing $10 billion, Spielberg works from a platform that would allow him to tell a straightforward biographical story of a young Jewish kid growing up to become an auteur filmmaker. It would probably make money, too.

But then, this kind of pedestrian storytelling would not be a Steven Spielberg film. Just about any director could tell this story. Spielberg, however, has always seen his art as something bigger than himself. This vision and commitment to the artistic sensibilities of his craft come through in his newest film, The Fabelmans. The result is excellent storytelling in an exquisitely well-crafted film. 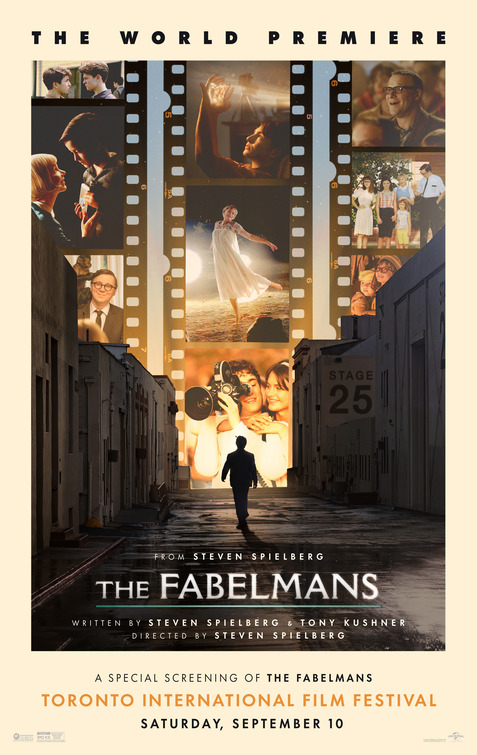 To be sure, the essence of The Fabelmans is fairly pedestrian. Most of the information is easily gleaned from public sources like Spielberg’s Wikipedia page.

His path seems straightforward: Young Steven was enamored with movie making at an early age, cut his teeth on 8mm home movie cameras, and continued to write, direct, and produce movies through high school. He also gave up college to focus on filmmaking full-time.

Indeed, this ambitious dedication to honing his craft is a critical theme in The Fabelmans.

But The Fabelmans is not an autobiographical film. After all, Spielberg is, first and foremost, a storyteller. Stories are built on conflict. To craft a good film, let alone an excellent one, the filmmaker needs to pull the audience into the story through crucial conflict points.

Crafting complete and well-ordered conflict points to move a story forward is part of the genius of Spielberg. He puts his ego aside in service to the story. Spielberg’s movie about The Fabelmans, a family unit, not “Young Fabelman,” an individual. This allows Spielberg and co-writer Tony Kushner (Munich, Lincoln, West Side Story) to fully flesh out characters, set up deeper conflict, and still focus on young Sammy Fabelman’s struggles to grapple with life. The Fablemans is still a coming-of-age movie, with Sammy moving from childhood idealism to the harsh realities of adult life. But it’s also much more.

While the Fabelman’s story is probably not different from the emotional journey of Spielberg as a child, the movie’s context is more compelling. Rather than make the movie solely about him, Spielberg uses the fictional Fabelman family to build a world with multiple layers of conflict, disillusionment, accountability, and reckoning for the characters.

When Rationality Collides with Art

Sammy Fabelman (Gabriel LaBelle) is the young son of electrical engineer Burt (Paul Dano, 12 Years a Slave, Love & Mercy, The Batman) and artistic free-spirit Mitzi (Michelle Williams, The Greatest Showman, Venom movie series) growing up in the 1950s. After watching a scene in Cecil B. DeMille’s The Greatest Show on Earth, young Sammy is smitten by the drama and magic of filmmaking. He asks for a Lionel train set for Hanukkah and then uses his father’s 8mm home movie camera to recreate a traumatic train crash from the film. Over the course of the next ten years, Sammy enlists his friends to make increasingly sophisticated movies.

But the artist and the scientist are not necessarily compatible. Burt, the family breadwinner, pressures his son to pursue a more practical (and financially stable) career – like his own profession (and passion), electronics and electrical engineering. His artistic mother, forced by familial convention, lives in another world and strives to nurture Sammy’s artistic side. In a short brilliant performance by Judd Hirsch (Ordinary People, A Beautiful Mind) as Uncle Boris, Sammy is warned that his drive to pursue his art could well overwhelm his commitment to others and his family.

These interpersonal dynamics set up a series of conflict points that force Sammy to confront his own passions as his family appears to be disintegrating around him. As Burt’s professional career takes off, the family moves from New Jersey (elementary school) to Phoenix (middle school) to Northern California (high school). It’s in high school where Sammy – now Sam – also must deal with anti-Semitism, the shallowness of teenage relationships, and bullying from the school insider clique.

These events create conflicts that push each of the characters to make critical choices. They also face the consequences of these decisions. Fortunately, Spielberg doesn’t let any of the characters off easy. More than one character “comes of age” in The Fabelmans.

Destined for an Oscar?

The Fabelmans is, in many ways, a remarkable piece of filmmaking. Clearly, the movie is a passion project for Spielberg (and most likely Kushner). Spielberg was also concerned about making the movie too soon out of fear he would hurt his parents despite the fictionalized version presented on the screen and his attempts to honor their spirits. With his parents passing in 2017 and 2020, he was released from this moral dilemma.

But the famed director’s ability to put his art and craftsmanship above real life – a theme that anchors the movie – is what elevates The Fabelmans to the top tier. We see Spieldberg’s real-life experiences inspiring the structure of the movie and plot. But the fictionalized conflict defines the characters and brings the movie to life. Far from a self-indulgent film, The Fabelmans is dramatic movie-making at its best.

Combined with stellar performances by Williams, LaBelle, Dano, Rogen, and Hirsch, The Fabelmans seem all but destined to be a contender for major movie-making awards.

Expect to see the movie and its cast nominated for categories such as best picture, best director, best screenplay, and a slew of acting awards, including for actors and actresses in leading and supporting roles.