The Costs of Playing Kick the Can with the National Debt

U.S. politicians, regardless of party, share one common trait. When it comes to dealing with the national debt growing too large, they do whatever they can to put off dealing with it.

That’s because doing something about it means stopping them from doing the one thing they most desire. Spending money on the things they think will keep them in power. For them, that’s a strong motive to choose to avoid rocking the Washington D.C. spending party boat.

Instead, they choose to play the political game of kicking the proverbial can down the road. They put off taking any serious steps to keep the national debt from growing. The end result is they choose to let a national debt they admit has grown too large to grow even larger.

What’s the cost of playing the kick-the-can game with the national debt?

Figure 1 from the report illustrates the direct cost of each approach as a percentage of the country’s Gross Domestic Product: 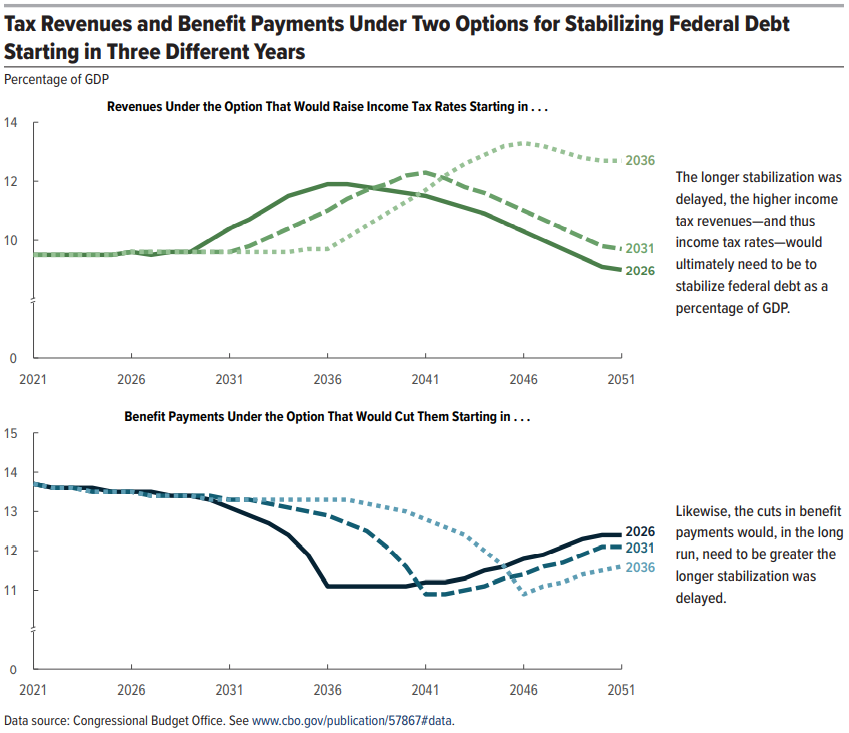 No matter which option is taken, playing kick the can either means even bigger tax hikes or even bigger benefit cuts. Delaying action makes both these options more costly. More remarkably, however, the CBO also finds cutting spending is more effective than raising taxes. Cutting spending is less costly than tax hikes.

That second finding is easier to see in Figure 2 from the report, which presents the results of stabilizing the size of the national debt for each approach. 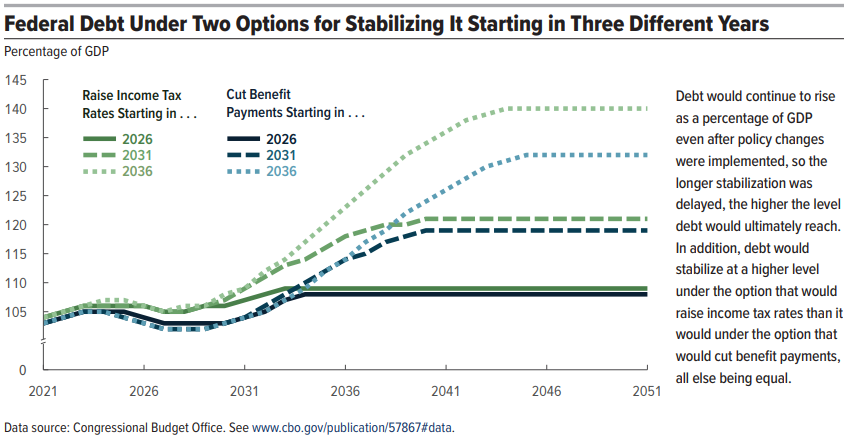 Knowing all that, what do you think today’s politicians will do? My money’s on their continuing to play kick the can with the national debt.