Three Movies that Explore Complexity of the War on Terror

America’s chaotic exit from Afghanistan put the world spotlight back on global terrorism. The poorly executed departure has inspired radical Islamic terrorist groups to launch new attacks on Western nations as well as Afghanis unaligned with the goals of global terrorists. Rather than a retreat from the War on Terror, however, Western nations appear to be entering a new phase.

As pundits debate whether the US should have stayed in Afghanistan, three recent narrative films – The Outpost, Sérgio, and Eye in the Sky – stand out as stories that speak to the complexities of militarist approaches to the terrorist threat. All three films – two based on real events or people and one fictional – dive deep into the human cost of the War on Terror. They often raise more questions than they answer.

Few movies depict the visceral carnage of warfare in Afghanistan as well as The Outpost (2020). (A complete review can be found here.) Based on CNN journalist Jake Tapper’s book of the same name, The Outpost follows the events leading up to a Taliban attack on a forward operating base during the Battle of Kamdesh in 2009. The outpost was set up by the U.S. to try to win the “hearts and minds” of local Afghanis. It failed. 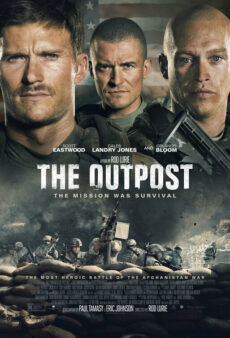 Located at the base of three mountains, an effective defense for the Outpost was fundamentally compromised. This obvious flaw was all too well understood by the soldiers stationed there.

Trust never develops between the Americans and Afghani villagers and leaders. Two commanders are killed, including its respected namesake (played by Orlando Bloom). A succession of temporary commanders is more interested in staying alive than leading the unit. This further demoralizes the soldiers. They increasingly question the value of their mission. Unlike their officers, they don’t expect to be relieved.

When 300 Taliban finally attack, the soldiers scramble to stay alive long enough to be evacuated. Several don’t make it. In the real battle, more than 37 medals of valor were awarded, including two Medals of Honor. They earned it.

While The Outpost’s gritty realism might not be for everyone, this movie does a good job of highlighting the inconsistency between policy set by higher ups and the experiences of those on the ground. This movie could become the Afghanistan War generation’s version of the Vietnam War movie Hamburger Hill.

Another 2020 movie (rerouted to Netflix thanks to COVID-10), Sérgio has a decidedly different take on global diplomacy in the War on Terror. Sérgio chronicles the professional career of Sérgio Vieira de Mello, a Brazilian diplomat who rose to become the first High Commissioner for Human Rights and the UN’s primary envoy to Iraq. (A full review can be found here.) 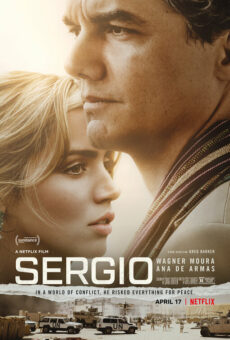 De Mello’s empathy and commitment to empowering the poor anchor this movie, which clearly favors peace-building and national building. American arrogance in foreign policy and its militarist approach to intervention are clearly in the cross hairs of the screenwriter and director.

Nevertheless, de Mello’s naive, perhaps pollyannaish, belief in the fundamental goodness of human nature doesn’t get a free pass. His unwillingness to recognize an uncompromising terrorist threat puts the entire UN peace-keeping staff at risk. The movie uses flashbacks and flash forwards to tell de Mello’s story as his is trapped under the rubble of the Canal Hotel in the wake of a horrific suicide bombing attack.

While the film is uneven, the movie benefits from sizzling on-screen chemistry between Wagner Mauro (Elysium, Elite Squade, Narcos), one of Brazil’s most famous actors, as Sérgio and his fiance, economist Carolina Larriera (played by Cuban actress Ana de Armas, Knives Out, Blade Runner 2049).

Eye in the Sky

Perhaps the most striking element of US (and NATO) engagement in Afghanistan in recent years has been the reliance on technology to achieve military objectives. Few movies explore the moral and ethical dilemmas posed by this technology better than the British film Eye In the Sky. (A complete review can be found here.) 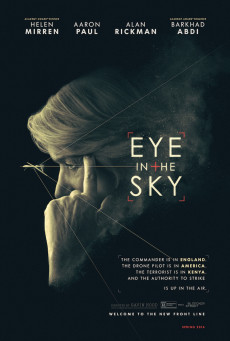 The movie follows the decision making and choices faced by military officers, elected officials, and the soldiers tasked with executing the orders. Helen Mirren (The Queen, The Last Station) turns in a compelling performance as the hard-nosed British colonel who has to make the call. Unlike others, she doesn’t have the luxury of ignoring the risks and uncertainties associated with a drone strike. Choices – hard ones – have to be made.

Eye in the Sky also explores the emotional toll paid by those tasked with literally pulling the trigger. The newest military technology is a double-edged sword. It allows militaries to keep their soldiers out of harm’s way. But it also forces the same soldiers to witness the human cost of their decisions.

Terrorism Is Changing the Rules of the War Game

The Outpost, Sérgio, and Eye in the Sky highlight the complexities of the modern War on Terror. They will provoke deeper thinking about foreign policy goals and our effectiveness in achieving them. Those looking for easy or simple solutions, however, won’t find them in these movies.

For more in-depth discussions of a militarist foreign policy effects domestic and global relations, check out these books by Independent Institute authors: