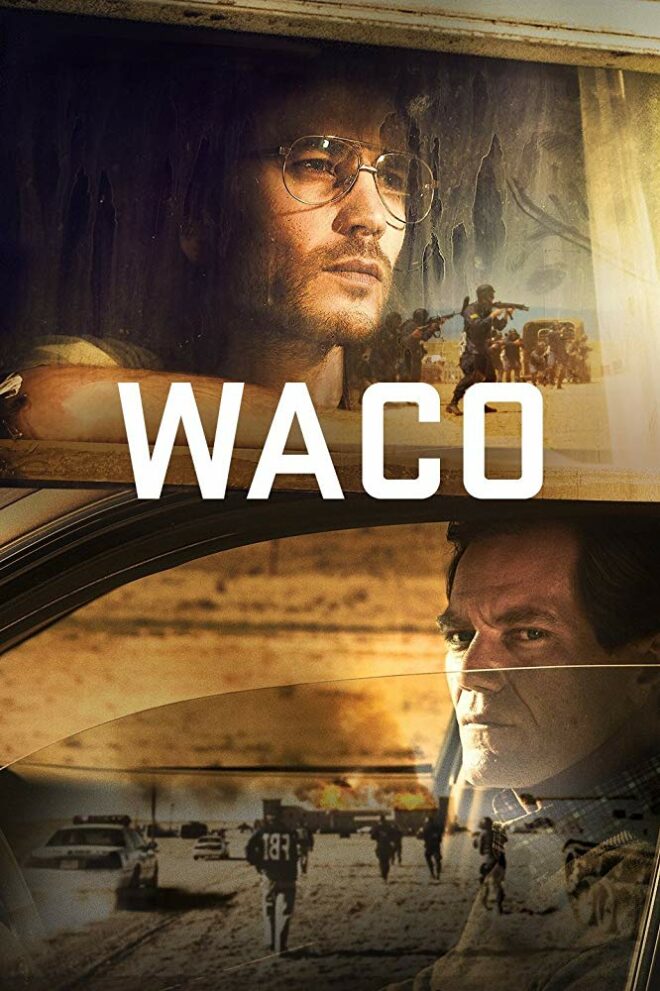 On April 19, 1993, the Federal Bureau of Investigation (FBI) ended a 51-day standoff with a religious cult located outside Waco, Texas, by leading a massive military-style assault on their compound. The complex was left in ashes, killing 76 members of the Branch Davidian religious sect. Among the dead were 25 children, two pregnant women, and their leader, David Koresh. The six-part miniseries Waco, streaming on Netflix, brings the dramatic events leading up the tragic ending into graphic relief. In so doing, the filmmakers have created a powerful warning about the dangers of militarizing domestic law enforcement.

Although it’s not clear in the miniseries, the Branch Davidians were founded in 1959 as an offshoot of a 1930s offshoot from the Seventh-Day Adventist Church. By the mid-1980s, David Koresh had emerged as the Davidians’ leader, the self-anointed “Chosen One,” after an internecine struggle that included the founder’s son. Koresh then successfully recruited dozens of new people into the sect despite its wide range of unorthodox religious practices, including polygamy.

More problematically, Koresh’s marriages included very young women. Some were allegedly under Texas’s age of consent, constituting statutory rape. In real life, and acknowledged in Waco, investigations by the State of Texas into child abuse were inconclusive. Koresh was never arrested by the state on those charges.

Nevertheless, on February 28, 1993, based on a tip from an informant, the U.S. Bureau of Alcohol, Tobacco, and Firearms (ATF) secured and executed a search warrant for the compound and the arrest of Koresh. The warrant was based on suspicion of illegal firearms on the premises and child abuse (of which the latter charge was outside its jurisdiction). The ATF attempted a large-scale raid on the compound to execute the search warrant, but was rebuffed by well-armed Branch Davidians. The initial firefight, the origins of which are unclear even now, left four ATF agents and six Branch Davidians dead. David Koresh was severely wounded. The debacle prompted the FBI to take over the operation, leading to the 51-day standoff.

For the most part, the miniseries stays true to the known facts of the events, at least those that can be determined for sure. The story, in fact, was developed by veteran directors John Erick Dowdle and Drew Dowdle from two books: A Place Called Waco, co-written by siege survivor David Thibodeau and Leon Whiteson, and Stalling for Time: My Life as an FBI Hostage Negotiator, by Gary Noesner. Noesner was the primary FBI negotiator at Waco. Thibodeau (Rory Culkin, Scream 4, Signs) and Noesner (Michael Shannon, Nocturnal Animals, 99 Homes, Revolutionary Road) figure prominently throughout the miniseries, and represent the dominant points of view for the filmmakers. Thus, viewers get a sense of the shifting dynamics inside the complex as well as among the key law enforcement personnel during the standoff.

Artistically, these dueling perspectives create the tension in the story. Because the screenplay and directors do a credible job of attempting to honor both perspectives, the story remains engaging despite the fact most viewers will already know the ending.

The tension, however, transcends Koresh versus Noesner. While presumably on the same side as the law enforcement agencies, Noesner offers a perspective that does not necessarily represent their view. This third tension is what keeps viewers engaged and steadily builds to the climax. As a result, the film’s main themes are decidedly critical of law enforcement.

Noesner’s default setting, by temperament and training, favors negotiated solutions. This value is established early as a set up to the conflict with the Branch Davidians. The previous year, Noesner was called in to prevent further bloodshed at Ruby Ridge in Idaho. That FBI fiasco led to the arrest of white supremist Randy Weaver and the death of his wife and son in 1992.

Yet, as Koresh (Taylor Kitsch, 21 Bridges, American Assassin, Lone Survivor) appears to stall and avoid surrendering, the FBI ramps up its threats. Tanks are brought onto the compound. Psychological warfare is employed, including sleep deprivation and sensory overload through disruptive audio recordings.

The Dowdle brothers’ don’t give Koresh a free pass. The movie shows Koresh’s frustratingly enigmatic personality, calls out his polygomy, his marriages to young women, and his manipulative approach to keeping followers in line. They also dwell on the consequences to Koresh of being blinded by his own faith. As dissent bubbles up within the Davidians, Koresh becomes increasingly authoritarian. The tension in the miniseries holds both sides accountable.

Even as each Koresh decision and reversal plays into the frustrations of the federal agents, viewers will likely sympathize more with the Davidians than the feds. They inevitably ask themselves whether the alleged crimes and social infractions—unorthodox religious beliefs, illegal possession of firearms, unsubstantiated claims of child abuse—justify the scale of the military build-up and the increasingly inevitable assault.

The series is well-acted by an ensemble cast. Taylor Kitsch is particularly effective, playing Koresh with a nuance and subtlety that straddles the lines between weakness, arrogance, and mental instability. Michael Shannon is the glue that holds the story together, dipping into Koresh’s world with empathy and rationality while recognizing the potentially catastrophic consequences of failure.

In the end, while the series is less clear about whether Noesner would have prevailed over Koresh, the assault on the Branch Davidian complex remains a stain on the FBI and a warning about the very real dangers that come from militarizing domestic law enforcement. Waco, for its part, does an admirable job of keeping these issues in the public consciousness.