How Costly Are Your State’s Regulations?

Government regulations can be very costly in terms of both time and money. Though we often focus on what means in terms of federal regulations, the U.S. government isn’t the only entity generating rules that can burden individual Americans and businesses without necessarily providing any positive benefit for them. State governments also impose regulations on the residents and firms who do business within their borders, but until this year nobody had attempted to quantify the burden of government regulations at that level.

The Mercatus Center’s RegData project has recently extended its methodology for quantifying the number of regulations and other restrictions imposed by U.S. government agencies down to the state level, where they have data for 46 states. The map below ranks the states according to the number of restrictions they impose on people and businesses within their borders. The darker the state, the heavier the regulatory burden. 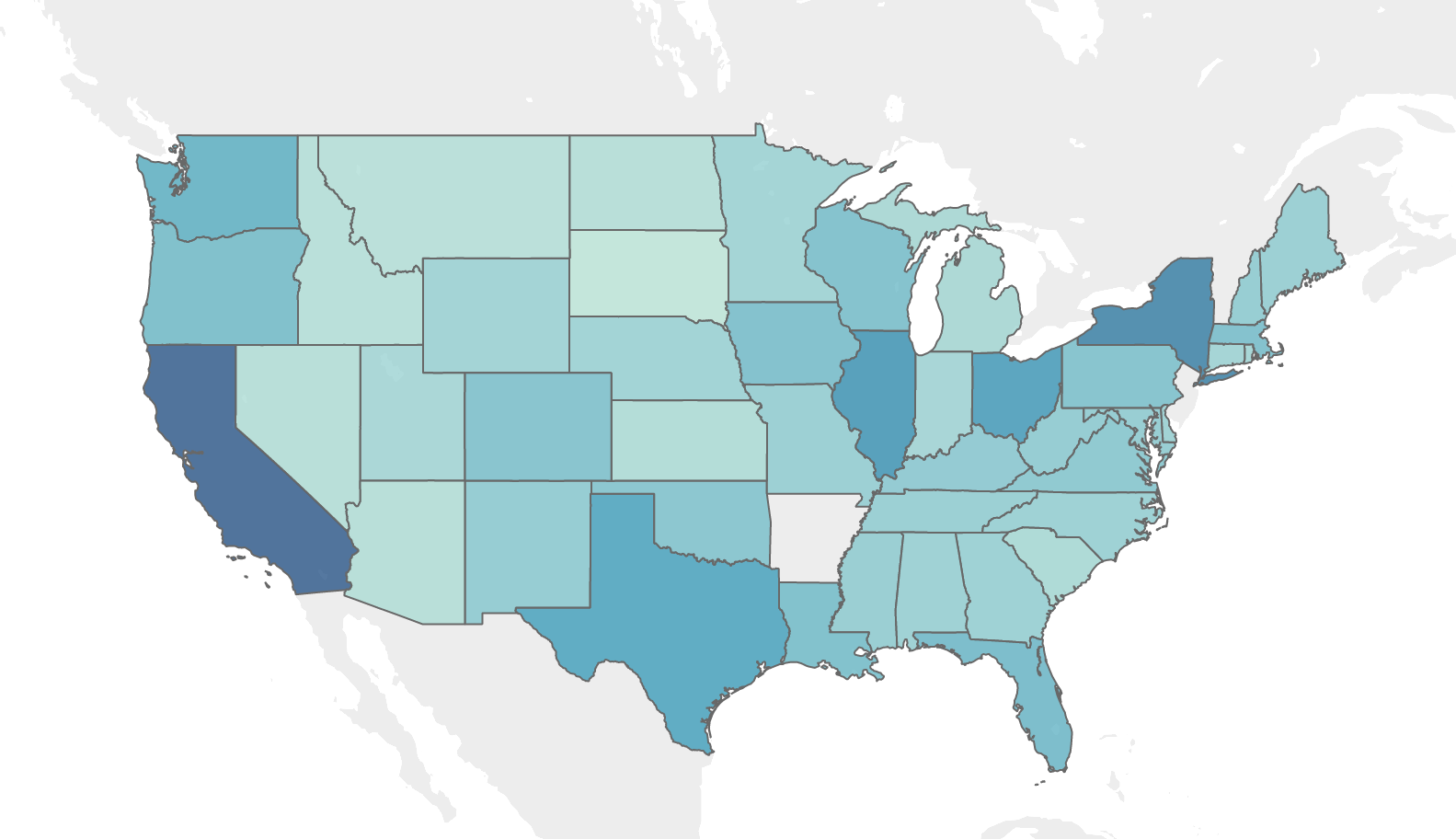 It is probably no surprise that California ranks as having the heaviest regulatory burden, with no fewer than 395,503 instances where the state government either compels or forbids a given activity using its coercive powers. New York ranks second with 307,636, followed by Illinois with 259,832, Ohio with 245,865, and Texas with 245,865.

At the opposite end of the spectrum, South Dakota is the state with the fewest state government-mandated restrictions, with just 43,940. Data is not yet available for Arkansas, Hawaii, New Jersey, and Vermont.

If you want to find out how many restrictions your state government imposes on the activities of people and businesses in your state, the RegData project provides an interactive map you can use to answer that question for your state and to compare it with others.

The Mercatus Center’s James Broughel and Patrick A. McLaughlin write about some of the more surprising results from their analysis of state regulatory data and describe how state-level policy makers can use it to improve regulatory conditions in their control:

Despite missing a few states, we’ve learned a lot. For the most part, bigger, more populated states have more regulation. For example, many are surprised to learn that Texas is one of the most regulated states. Predictably, health and environmental regulations are among the dominant forms of state regulation—but in some cases, they’re joined by things like occupational-licensing regulations. And there is less regulation in some areas than one might expect. For example, non-health care-related insurance-industry regulation, which is primarily a state responsibility, seems to be relatively light.

With all this regulation on the books, it’s not surprising that many states are taking decisive action to streamline their codes, in some cases using RegData. In Missouri, former governor Eric Greitens set a one-third reduction target for agencies and used restriction counts to measure progress. Most recently, Idaho leaders claim to have cut more than 19,000 restrictions when the state’s old regulatory code expired on July 1. Expiration dates can be powerful tools for reducing regulatory burdens. Indeed, one of Trump’s executive orders last week gives agencies 120 days to review all the various guidance documents and policy memoranda they issue. Any mandates they want to keep will have to move into a new online database; everything else will expire.

When you consider that most regulations are harmful, taking steps to reduce the regulatory burden of Americans and businesses at all levels of governments is a very desirable pursuit that more elected officials, whether at the national, state, county, city, or other local level ought to devote their own time and effort toward addressing.