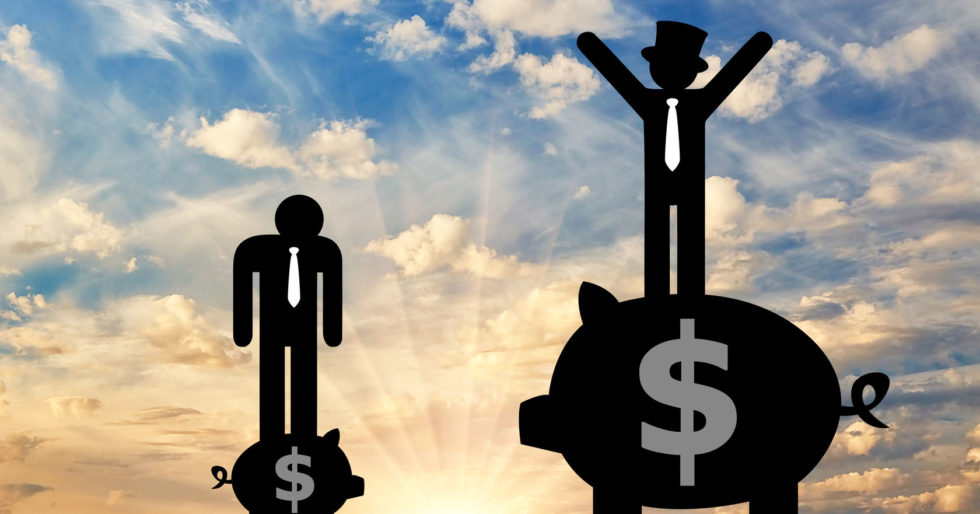 Whether you think inequality is a problem is irrelevant to its challenge to capitalism, because enough other people do that there is a political groundswell of support to throttle capitalism because of inequality in capitalist economies.

In one sense, the prominence of inequality as an issue is a credit to capitalism’s success. Other economic problems that have plagued humankind for almost all of human history have been solved–in capitalist countries, anyway. For most of human history, most people lived at a subsistence level of income, barely able to produce enough to stay alive. Capitalism has been productive enough that even those at the bottom of the income distribution do not have to worry about starvation.

Prior to the twentieth century, obesity was a sign of wealth, because only the wealthy could afford enough food to overeat. In the twenty-first century, the bottom 10% of Americans by income on average weigh more than the top 10%. Capitalism is such a productive economic system that even the poor can afford to overeat.

This observation is not meant to minimize the plight of the poor, and there are good reasons for designing programs to help those at the bottom end of the income distribution, both through private charity and through government programs. But poverty and inequality are not the same things, and policies that create more equality do not necessarily benefit those in poverty.

Defenders of capitalism, who say that inequality should not be an issue because it improves everyone’s material well-being, still must admit that there is a substantial amount of inequality in economic outcomes, and the strong arguments about the benefits of capitalism obviously are not silencing capitalism’s critics.

Ironically, inequality under capitalism can be such a prominent issue because capitalism has dealt so successfully with more important issues. Material comfort levels are high enough in capitalist countries–thanks to capitalism!–that people can worry about less urgent issues, like inequality.

This means that supporters of capitalism cannot dismiss the issue of inequality as unimportant or irrelevant. It is relevant precisely because capitalism’s critics are using the issue to undermine and displace capitalism.

Addressing the issue presents a fundamental challenge to capitalism because capitalism, as an economic system, compensates people based on the value that they produce for others. Because people differ in their productivity, capitalism inherently creates unequal outcomes. It is not possible to preserve capitalism and eliminate inequality.

Support for equality of opportunity does not answer the challenge, partly because the children of upper-income parents have greater opportunities than children of poor parents or those who grow up in single-parent households. But setting these issues aside, even when everyone has the same opportunities, capitalism still produces unequal outcomes, and it is the inequality of outcomes that the critics of capitalism target.

Capitalism is the most successful welfare system the world has ever seen, and it has been especially beneficial to those at the bottom of the income distribution. Inequality is not an issue I care about from a personal standpoint. I’m no worse off because some people fly around the world in their personal jets and own multiple homes. In fact, I’m probably better off because they were productive enough to earn the incomes to buy those things for themselves. But supporters of capitalism cannot dismiss the issue of inequality, because the many critics of capitalism see it as a big enough problem that they advocate crippling or even replacing capitalism to deal with it.

If these critics prevail, everyone will be worse off.